2 children hit by car outside school in Reading 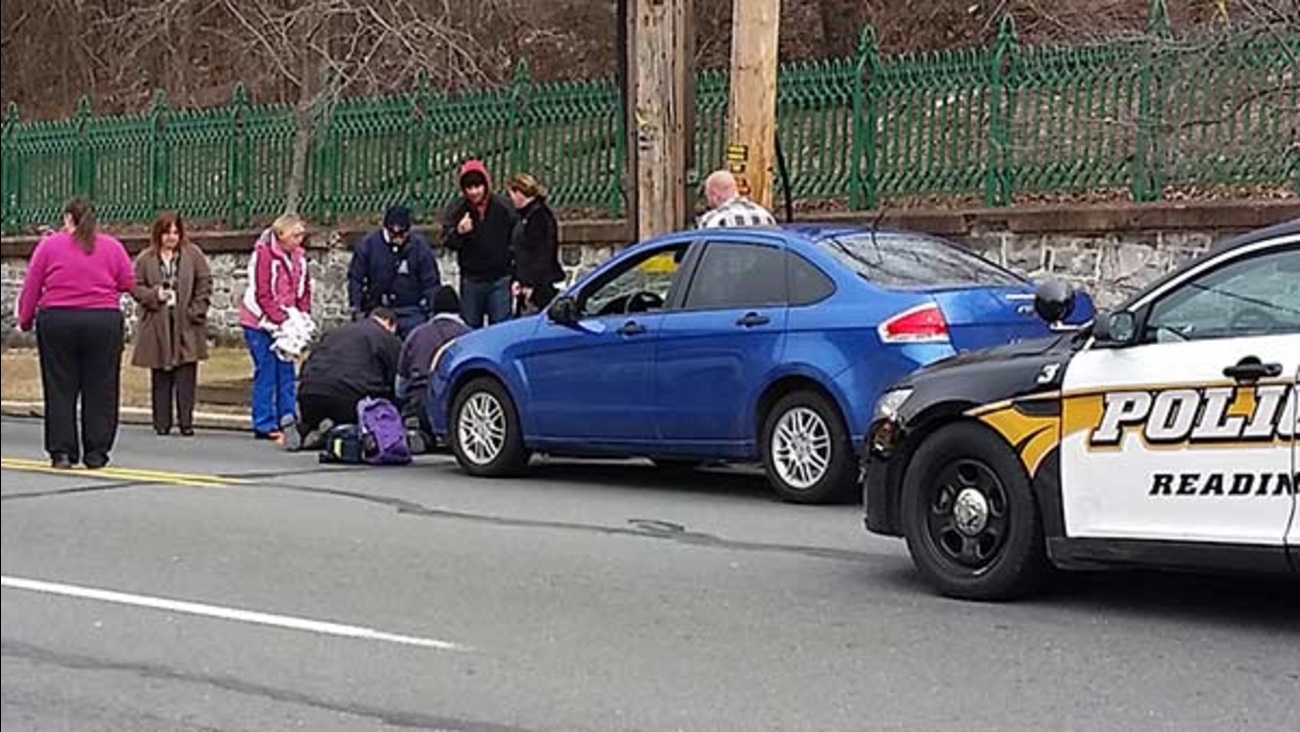 READING, Pa. (WPVI) -- Two children were hit by a car outside an elementary school in Reading, Pa. on Wednesday morning.

It happened in front of the Riverside Elementary school at 1400 Centre Avenue around 11 a.m.

A photo submitted to Action News by Patrick Manwiller showed medics on the scene in front of a blue Ford.

The car appeared to have cracks in the windshield.

A district spokeswoman told WFMZ-TV that the victims are sisters - one a fifth grader at Riverside and the other a sixth grader at nearby Northwest Middle - who were late to school and took a BARTA bus.

Witnesses told police the girls walked in front of a car when they were struck.

Both young victims were rushed to Reading Hospital, but officials said their injuries are not life-threatening.

The driver of the car was not speeding and will not be cited, police said.