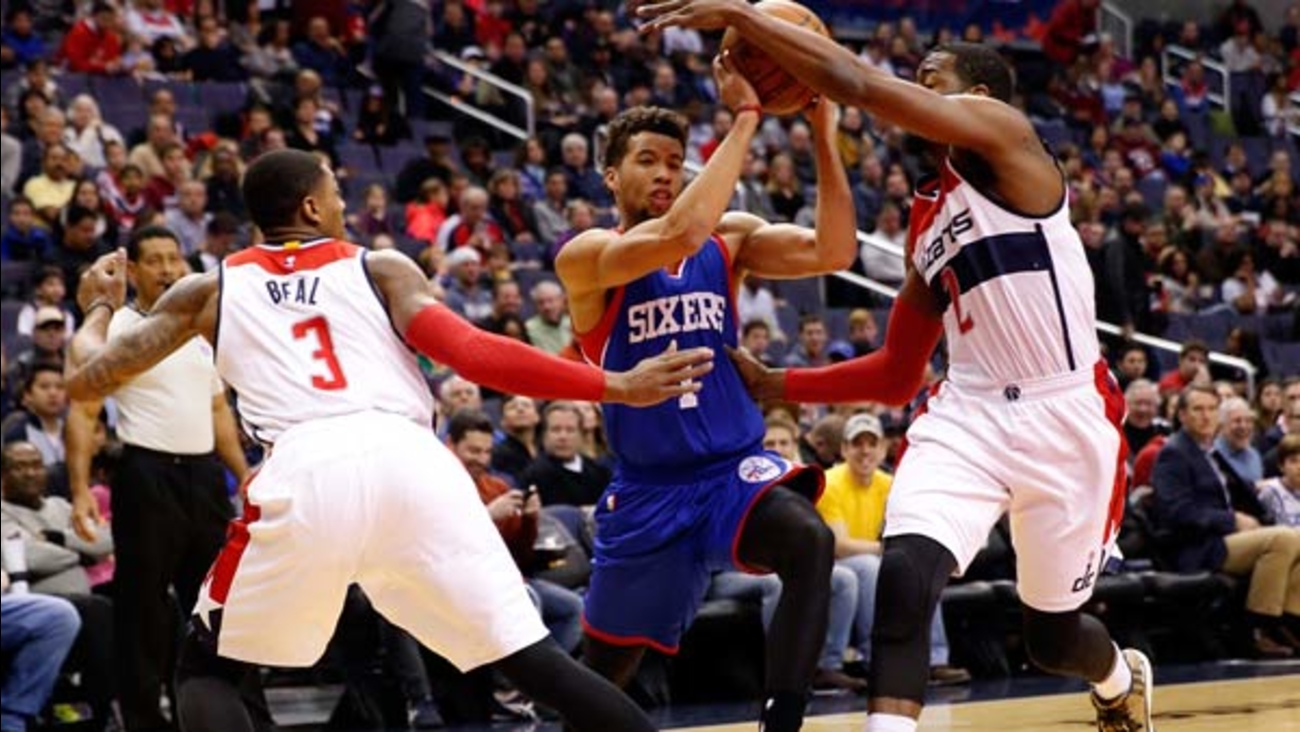 After closing the gap to 16 points with three minutes to play in the third quarter, the Sixers allowed the Wizards to go on a 14-0 run to give them an 85-55 lead just before the end of the period.

Washington coach Randy Wittman removed his starters after three quarters. Seven Wizards scored in double figures. Kevin Seraphin, who played most of his minutes after the game was decided, had 14.

Philadelphia had gone 3-3 in its previous six games. That was quite an improvement after losing 17 straight to start the season.

"You have healthy people. You have a chance to coach them," Sixers coach Brett Brown said before the game. "When you have an erratic roster, erratic injuries. We're the youngest team in the history of the sport, it's not a great formula to win games."

76ers: F Luc Mbah a Monte was a late scratch with a bruised left knee. . G Tony Wroten missed his fourth straight game with what the team has listed as a sprained right knee. Brown said that it might be more than a sprain. "We do think in 24 hours we'll be able to give way more information than we're able to now," Brown said. . Rookie C Joel Embid has yet to play this season due to a right foot injury. Brown says he's making progress. "He is slowly being allowed to do more." Brown says he's not yet running.

Wizards: F Nene made his first 3-pointer of the season. In his 12-year career, he is 3 for 34 from 3-point range. . The 76 points allowed and 35-point margin of victory were season-bests.