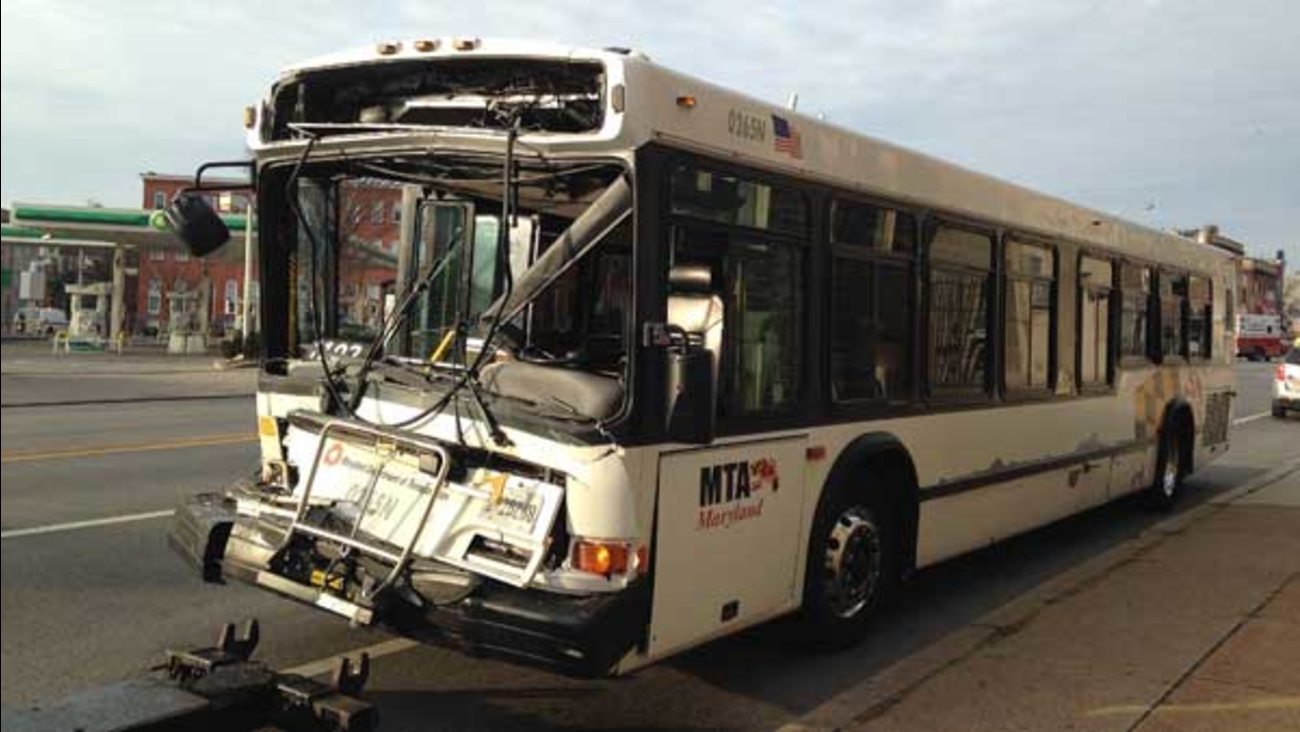 A tow truck prepares to remove a Maryland Transit Administration bus on Wednesday, Jan. 21, 2015, in Baltimore from the scene of its collision with a smaller transit bus. (AP Photo/Juliet Linderman)

BALTIMORE -- Two city buses collided during rush hour in Baltimore, sending 25 people to the hospital, one in serious condition.

Capt. Roman Clark of the Baltimore Fire Department says the Maryland Transit Administration buses crashed just after 7 a.m. Wednesday in west Baltimore. One bus was for people with physical disabilities, though transit officials say no passengers were onboard that one.

Clark says 21 adults and four children were taken to the hospital. All but one adult had only minor injuries. Transit officials say none of the injuries was life-threatening.

More than an hour after the crash, workers were towing the larger of the two buses from the scene. The windshield and front-door windows were blown out. The front was mostly twisted metal and exposed wires. Glass and metal were strewn about the street.

The transit agency and city police are investigating.