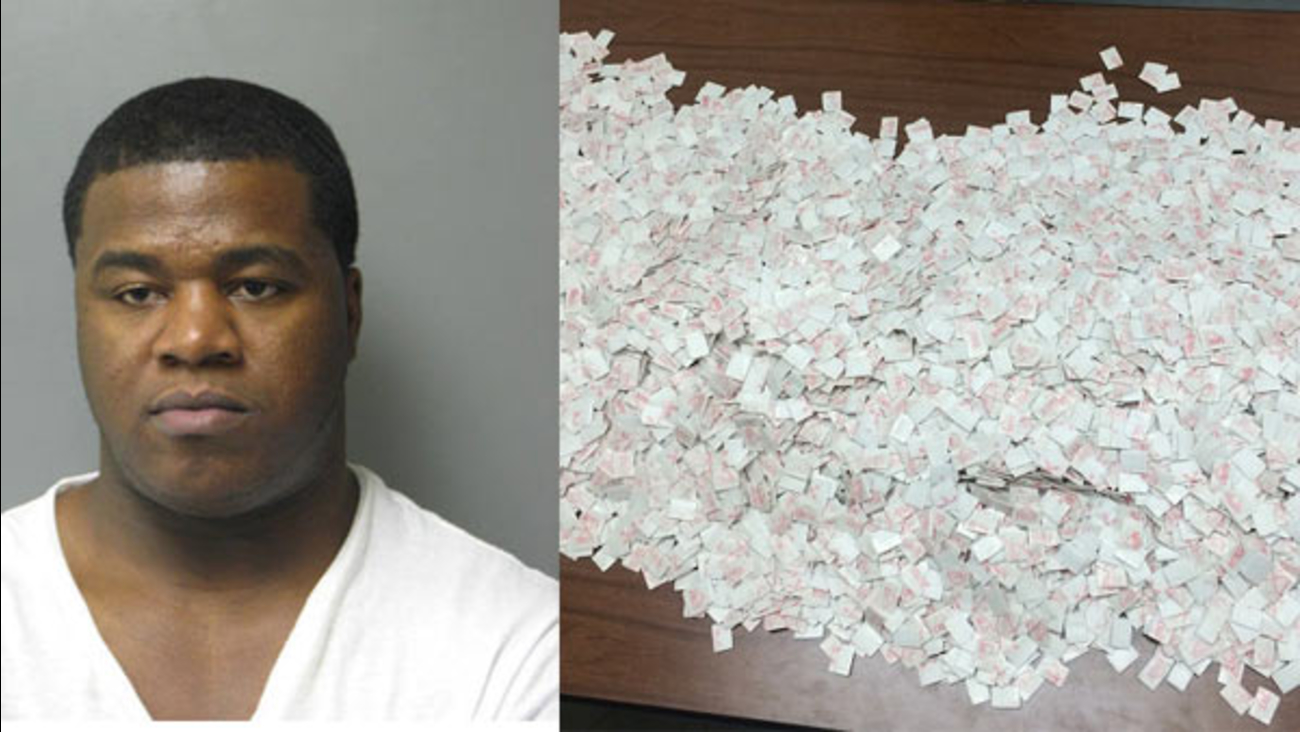 MILTON, Del. (WPVI) -- A New Jersey man is facing criminal charges in Delaware, after police say they found 15,000 baggies of heroin in his car during a traffic stop.

Troopers pulled over 32 year old Davon Tucker for speeding in Milton on Tuesday.

Officials say the trooper noticed a marijuana odor coming from the car.
Tucker allegedly turned over a plastic bag with nearly 3 grams of pot from the center console.

Authorities estimate that the street value of the heroin is around $150,000.