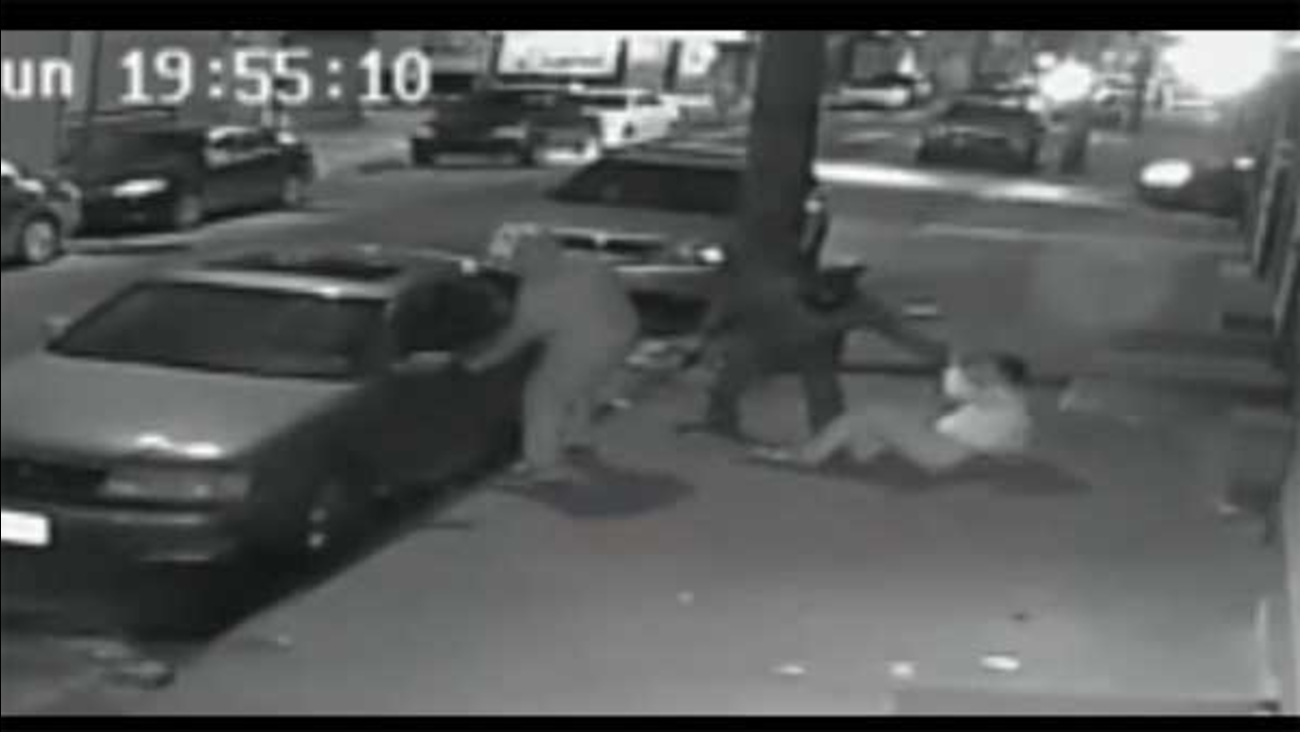 Police are searching for several suspects who attempted to abduct a man during a robbery in South Philadelphia.

SOUTH PHILADELPHIA (WPVI) -- Police are searching for several armed suspects who attempted to abduct a man during a robbery in South Philadelphia.

The incident happened on January 11 around 8 p.m.

Police say the 46 year-old victim was on the 2200 block of South 7th Street when he was suddenly approached by two gunmen.

One of the suspects hit the man in the back of the head with a handgun and robbed him of an unknown amount of cash.

The pair can then be seen on surveillance video dragging the man towards his vehicle.

As they were trying to force him inside the car, an unknown woman screamed and scared off the attackers.

The suspects ran away in different directions.

The victim was taken to Jefferson Hospital and treated for a minor head injury.

It's unclear if the victim was intentionally targeted.

The first suspect shown on surveillance video is described as a male with a trimmed beard and short hair, balding on top. He was wearing a long sleeved shirt with a logo on the front.

A second male suspect was wearing a blue North Face hooded sweatshirt and reflective laces on his shoes.