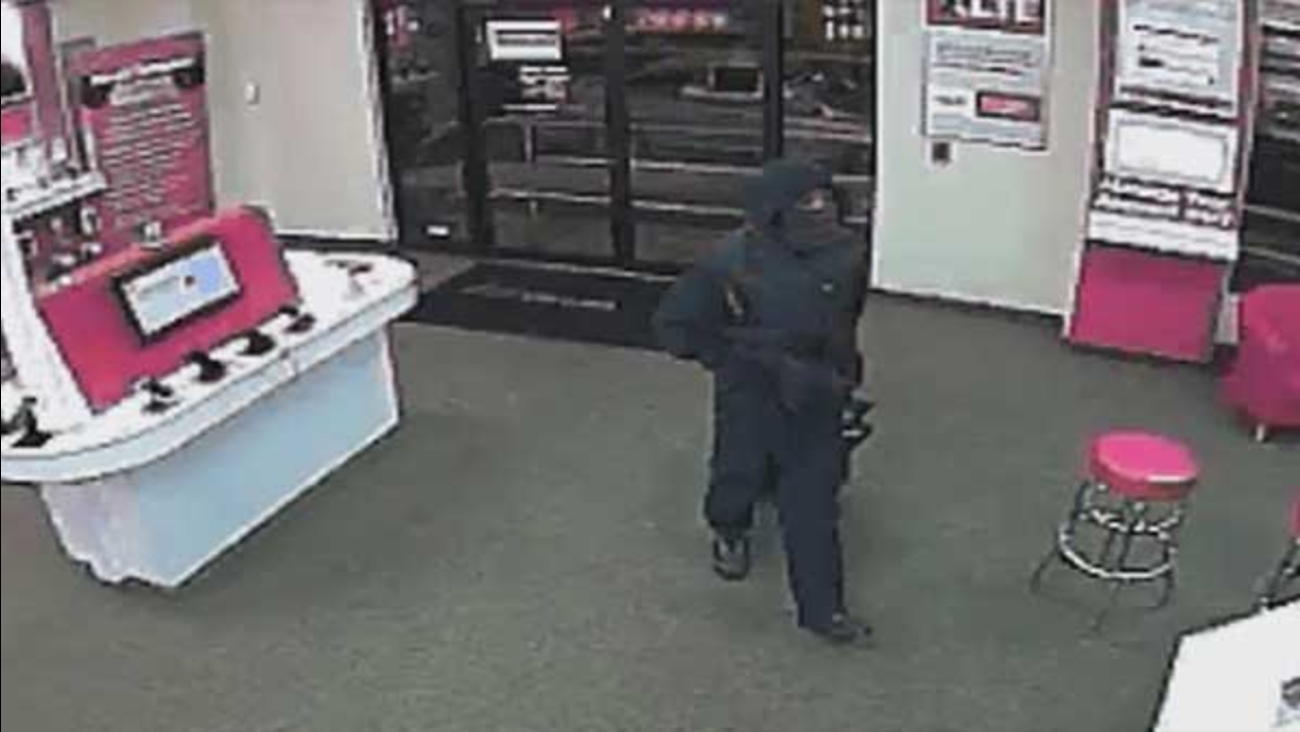 Philadelphia police are investigating an armed robbery at a cell phone store in the city's Northern Liberties section.

It happened January 21 at 8 p.m. inside the Verizon Store on the 30 block of Spring Garden Street.

Officials say the robber entered the store armed with a handgun and rolling a suitcase and demanded all iPhones.

He then forced an employee to a back room and told him to open the safe.


Next, the gunman ordered the employee to the floor and duct taped him.

He filled up the suitcase before fleeing the scene.

The suspect is described as a black male, 5'7 tall and 145 lbs.. He was wearing a dark colored hooded sweatshirt, dark colored vest, dark jeans, dark colored scarf over his face, carrying a gray and red suit case with wheels and armed with a handgun.