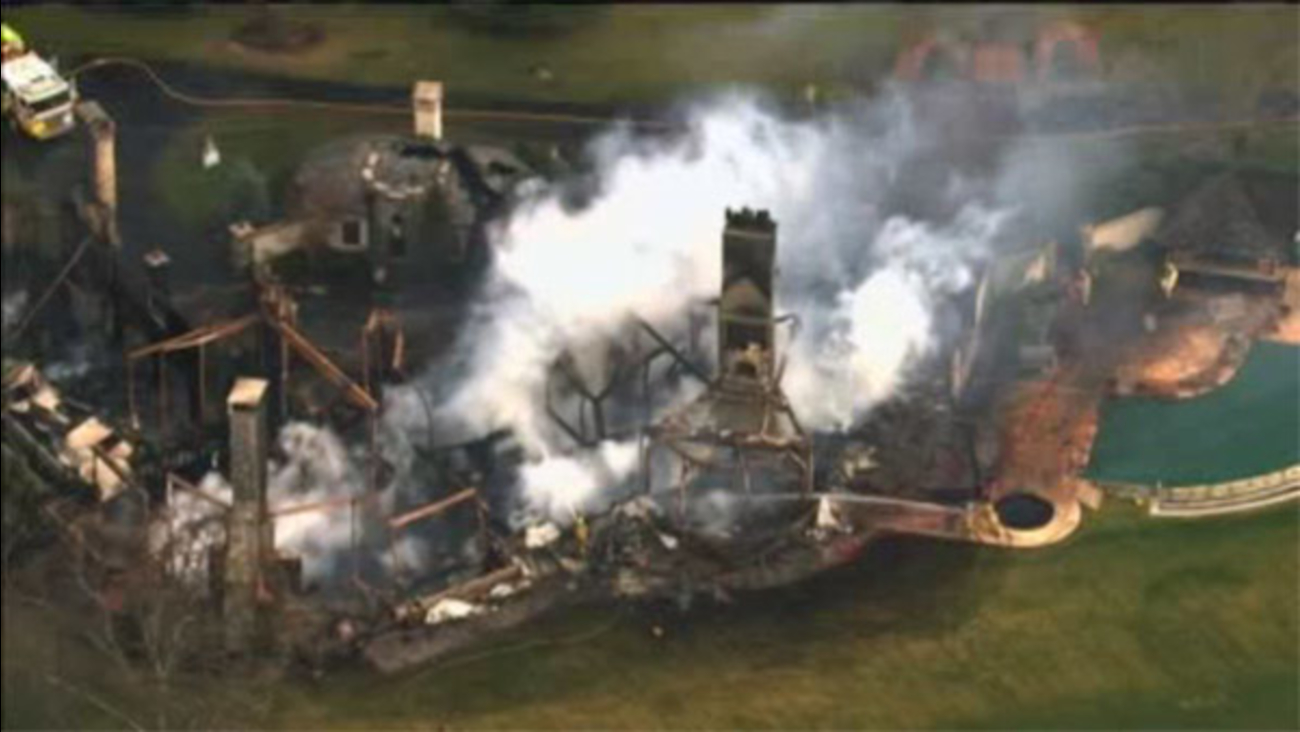 ANNAPOLIS, Md. -- An electrical fire that spread to a 15-foot Christmas tree prompted a blaze that reduced a 16,000 square-foot riverfront mansion near Maryland's capital to ruins, killing a couple and four of their young grandchildren, investigators said Wednesday.

The fire ignited combustible material and tore through the massive, castlelike structure in the early morning hours of Jan. 19.

Anne Arundel County Fire Chief Allan Graves said in a statement Wednesday that the tree had been cut more than 60 days before the blaze and was in a "great room" of the house with 19-foot ceilings.

"The involvement of the Christmas tree explains the heavy fire conditions found by the first arriving fire crews," Graves said.

The fire was reported about 3:30 a.m. Jan. 19 by an alarm-monitoring company, reporting smoke had been detected inside, and a neighbor who spotted flames. Officials said it is unclear whether an alarm sounded inside the 16,000-square-foot home, which could have alerted anyone inside. Some 85 firefighters from several jurisdictions fought the four-alarm fire, which burned for three hours before it could be contained. Because there was no hydrant in the area, firefighters shuttled tankers to the site and stationed a fire boat at a pier nearby.

Investigators brought in dogs to search for bodies and evidence, such as accelerants, and conducted more than 50 interviews.

A spokeswoman for the children's parents said that the day before the fire, the doting grandparents bought the children costumes before taking them to dinner at a medieval-themed restaurant.

Charlotte and Wes Boone were sister and brother. Lexi and Katie were sisters; they had a newborn brother who was home with his parents, Randy and Stacey Boone, the night of the fire. The cousins' fathers, Randy and Clint Boone, were the sons of Sandra Pyle, 63. The four children were students at the Severn School in Severna Park.

The Boone family said in a statement Tuesday, following the discovery Monday of the sixth body at the house that they were "relieved that our loved ones have all been recovered."

"Though we are grieving deeply, this has brought us some small sense of closure," the statement read. "We take comfort in that they are now together, and we can begin to mend our hearts."

The Pyles built the home in 2005, four years before the county began requiring sprinkler systems in new homes.

The $6 million property once boasted turrets, spiral staircases, lion statues, a sprawling lawn and forested land. All that remains resembles a colonial ruin: a brick wall with windows missing and a mountain of burned debris.

As investigators from the fire department; the U.S. Bureau of Alcohol, Tobacco, Firearms and Explosives; and the state fire marshal's office probed the scene, members of the community brought notes and teddy bears for a small memorial just outside the property. On brick columns that flanked an iron gate, Christmas decorations were still displayed.