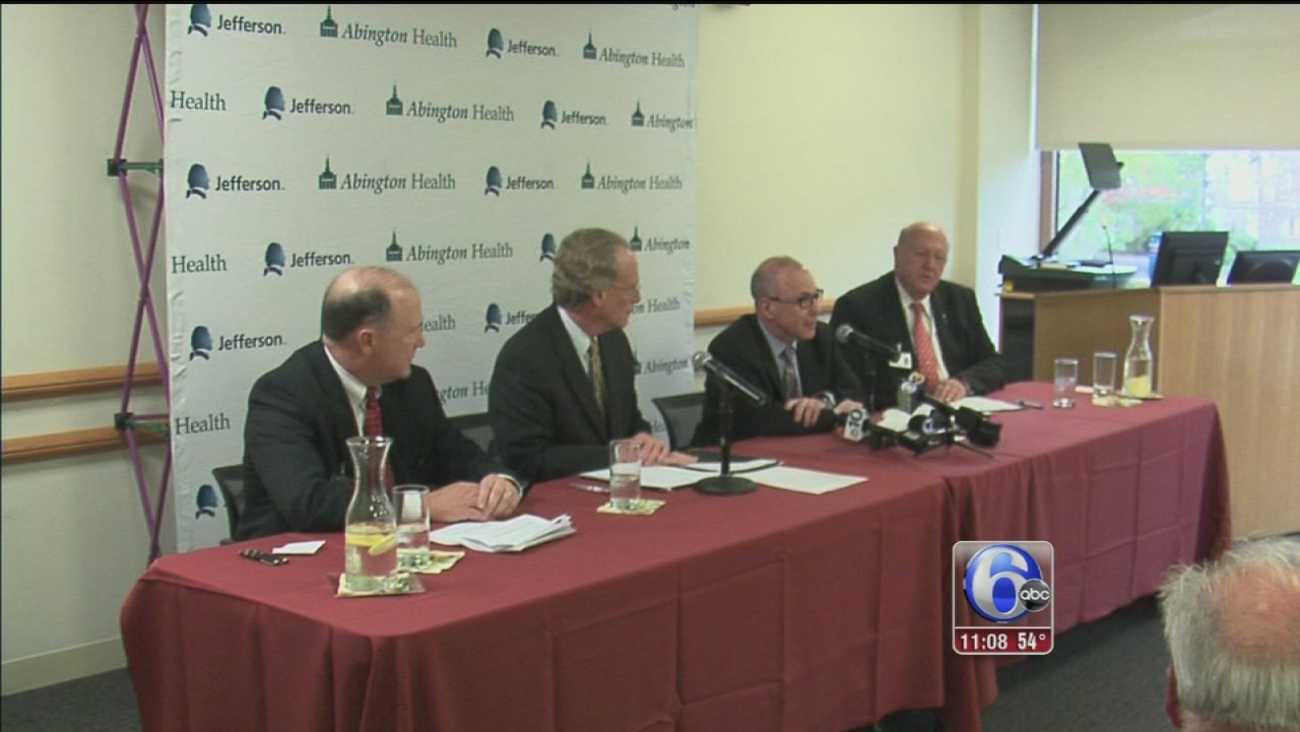 Leaders of two Philadelphia-area health systems signed a letter of intent to move toward merging the organizations in October 2014. (WPVI)

The merger will see a shared governance model.

Drs. Kelly and Docimo will continue in their respective roles as Chief of Staff, Abington, and Chief Medical Officer, Jefferson.

A study is currently being conducted on determining the new organization's branding.