SAN FRANCISCO (WPVI) -- A boat capsized in the San Francisco Bay sending five adults and three children, including one in critical condition, to a hospital Saturday, officials said.

The 5-year-old boy in critical condition was unconscious and not breathing when he was taken from the water, said Fire Department Assistant Chief Bob Postel.

A good Samaritan performed CPR on him until a police officer took over, said San Francisco Police Officer Giselle Talkoff.

Photographs posted on social media showed youths and adults barefoot and wrapped in thick gray blankets on shore after being rescued. The boat, which was carrying 30 people, became fully submerged in the water.

Fisherman David Griffiths told the San Francisco Chronicle he tossed life jackets to the people in the water. He was taking off his shoes and getting ready to jump in when the first rescue teams arrived, Griffiths said.

Postel said rescue teams from the fire and police departments and the U.S. Coast Guard all rushed to the scene. 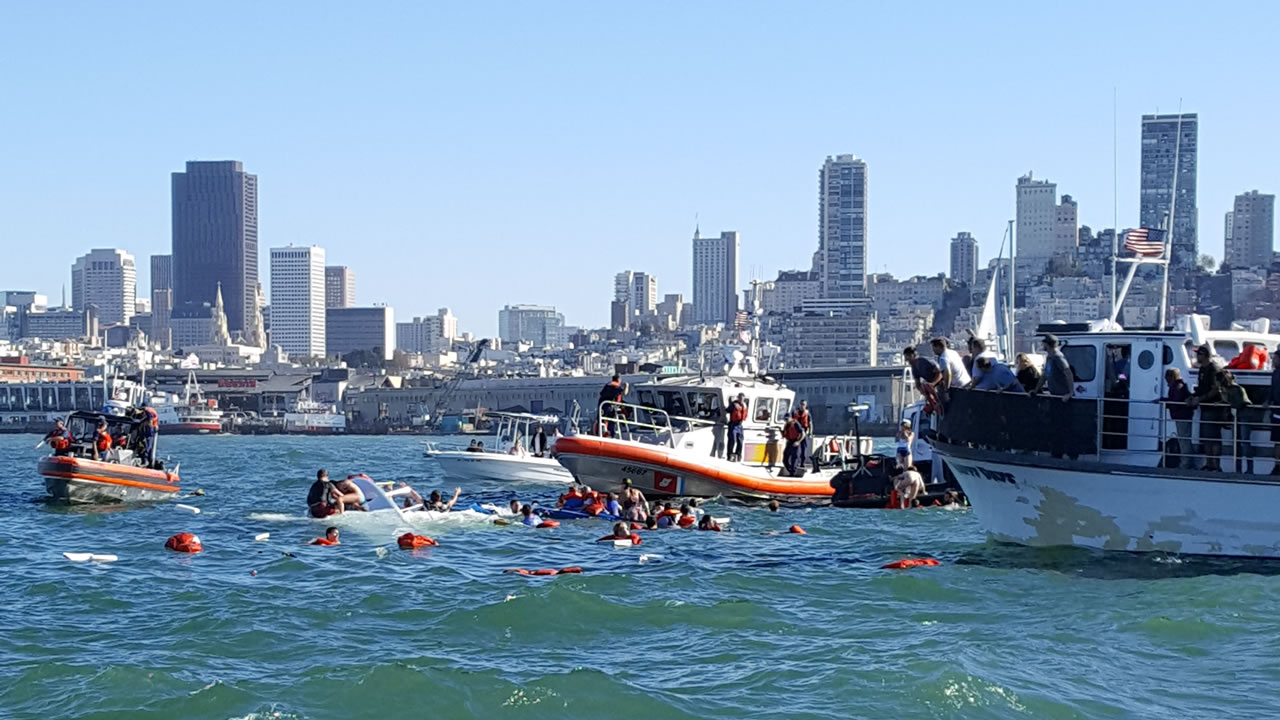 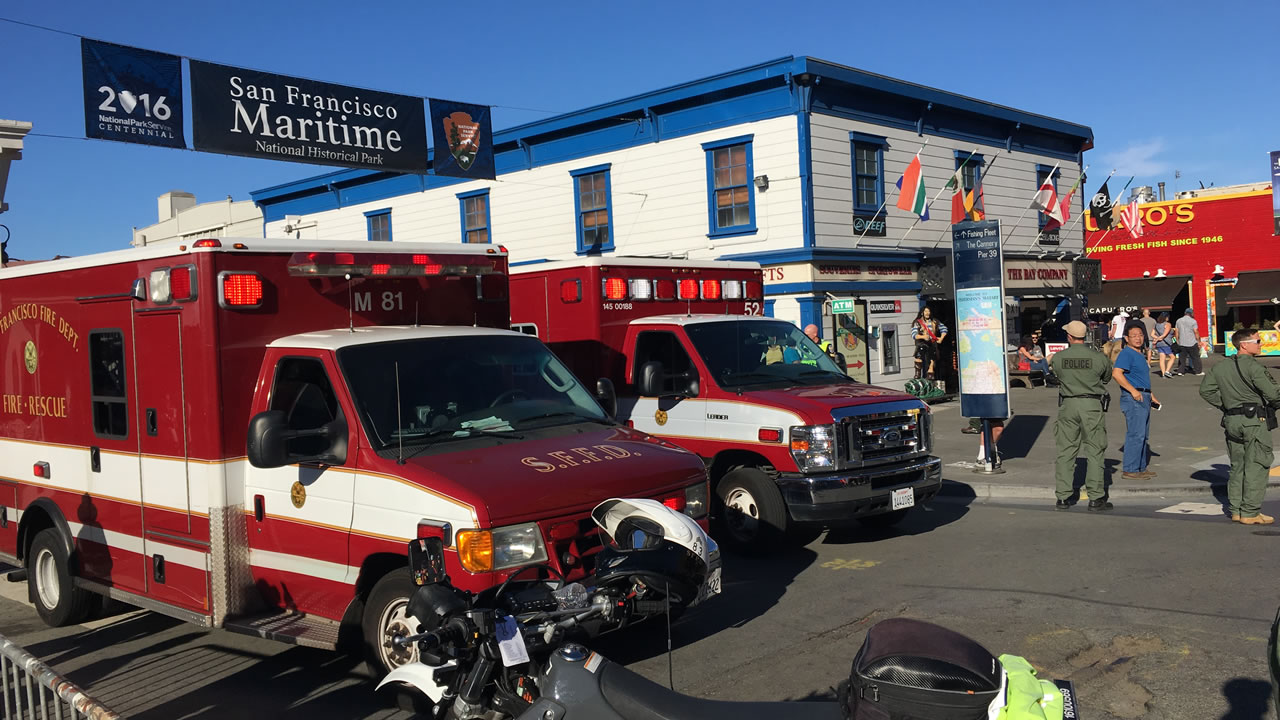 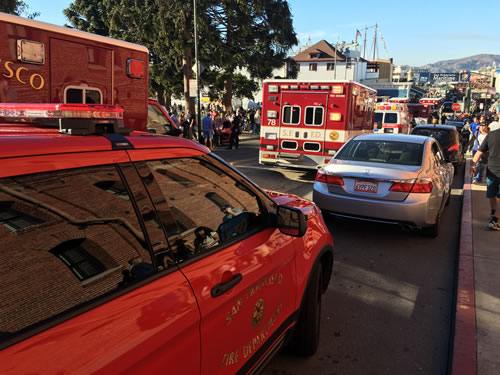 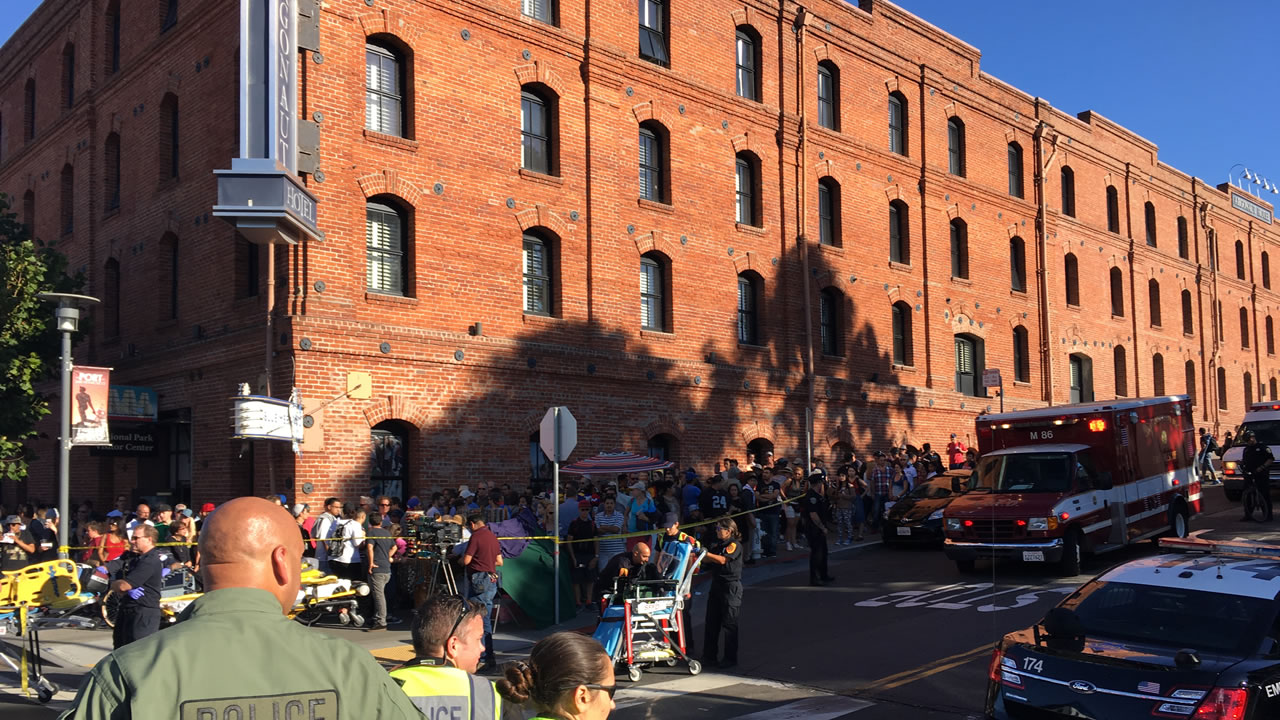 1 of 5
This image shows San Francisco firefighters responding to a rescue near Pier 45 after a boat with about 30 juveniles on board capsized in the Bay on Oct. 8, 2016. (KGO-TV)
KGO-TV

"There were lots of rescue boats on the water because of Fleet Week, so we were fortunate," he said. "We were able to get everybody out and accounted for quickly."

Griffiths said it was jarring to see the boat upend during what had been an otherwise beautiful day on the water.

"Seeing the bottom of it, that's not a normal thing," he said.

Authorities are investigating the cause of the accident.

Stay with 6abc for the latest details on this developing story.