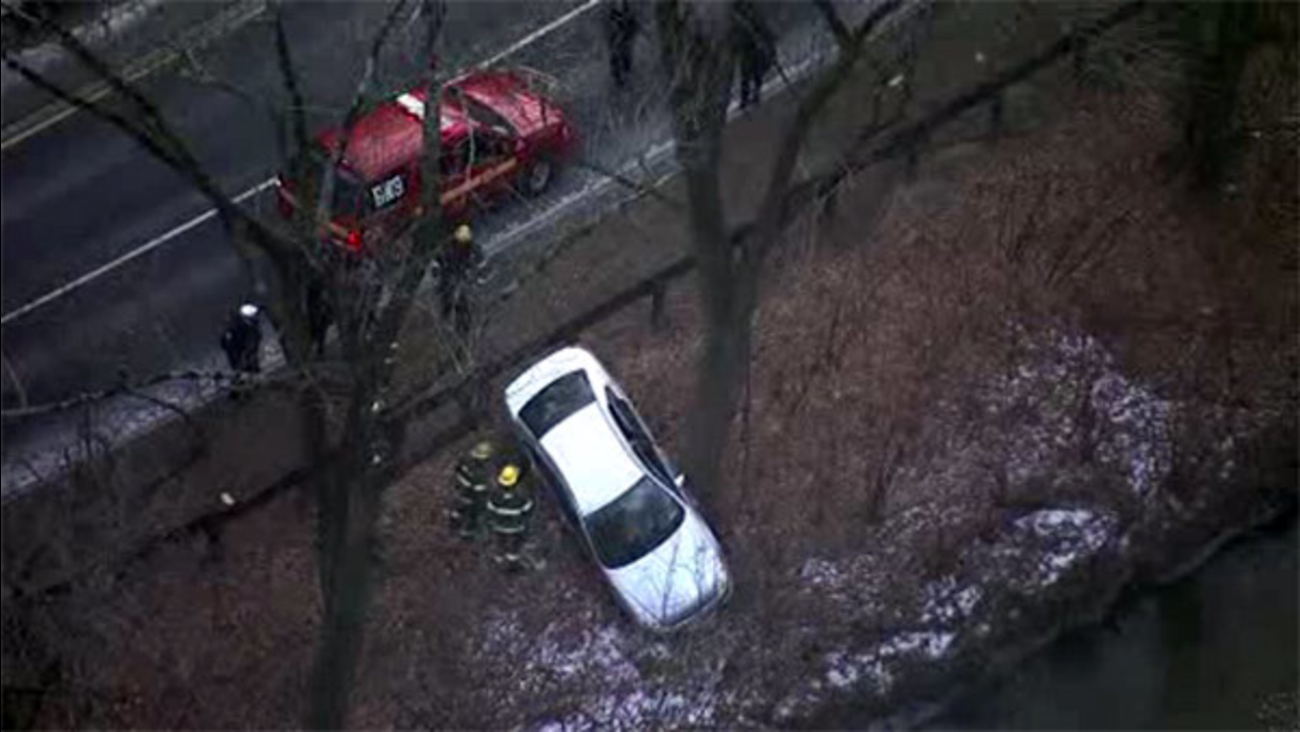 WPVI
EAST FALLS (WPVI) -- Three crashes due to icy conditions prompted officials to shut down part of Lincoln Drive in the East Falls section of Philadelphia.

All three crashes happened on the southbound side just north of Gypsy Lane.

Aerial images showed a light colored sedan that left the road, plunged through a guard rail and ended up next to a tree, part way down an embankment adjacent to the Wissahickon Creek.

Police and fire rescue units were on the scene. There was no immediate word on the condition of the driver.

Both sides of Lincoln Drive were shut down between Kelly Drive and Wissahickon Avenue, and road crews were called in to treat the road with rock salt.

Southbound traffic was allowed to move past the scene by 8:15 a.m. to alleviate the backup caused by the third crash.