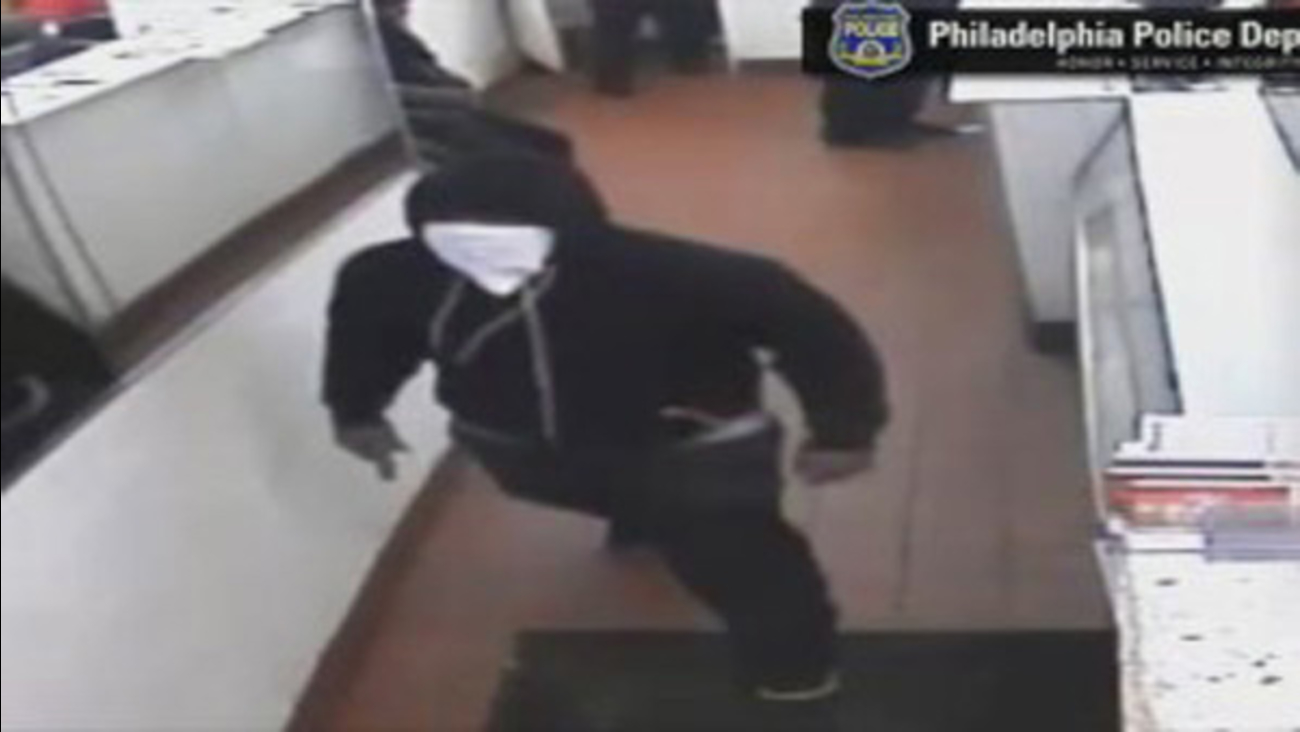 Philadelphia Police searching for suspects wanted for robbing a pizza shop in Logan.

LOGAN (WPVI) -- Philadelphia Police are asking for the public's help to identify suspects who robbed a pizza shop in Logan.

The incident occurred shortly after 8:00 p.m. on Sunday at Ed's Pizza located at 6047 Ogontz Avenue.

There, police say two unknown males, one with a handgun, enter the shop demanding money. One suspect pointed the gun at an employee, telling them to put money inside a yellow bag.

The second suspect went behind the counter and stole money from cash registers and a delivery driver.

Both suspects fled on foot with approximately $550. They were last scene crossing Ogontz Avenue heading into the rear driveway of Spencer Street.

There were no reported injuries.

Police describe the first suspect as a male, late teens to early 20's. He is about 5'8" with a stocky build. He was last seen in a dark hooded sweatshirt and dark pants. He used a white cloth to cover the his face and was armed with a handgun.

The second suspect is also described as a male in his late teens to early 20's. He is described as having a thin build and standing about 6'0." He was wearing a dark knit mast at the time of the robbery.