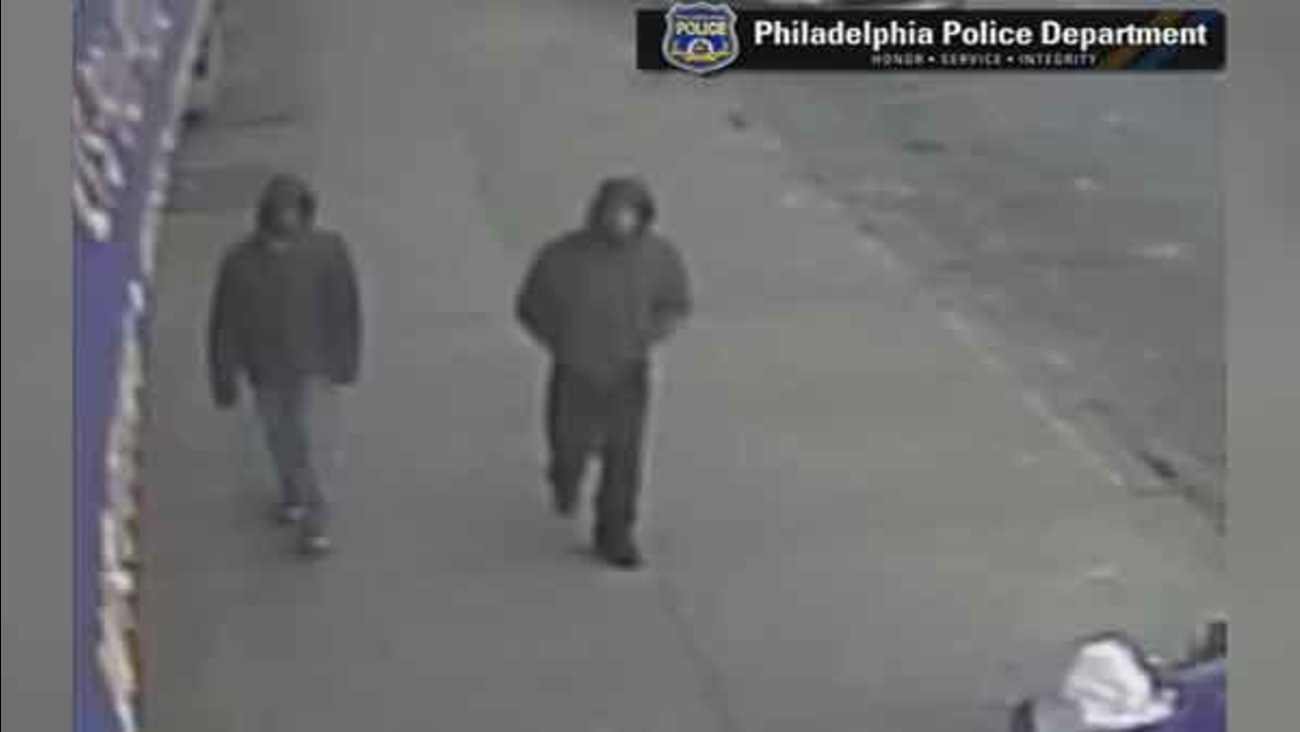 Police have released surveillance video from an armed robbery inside a West Philadelphia diner in last month.

WEST PHILADELPHIA (WPVI) -- Police have released surveillance video from an armed robbery inside a West Philadelphia diner in last month.

It happened January 31 at the Yummy Diner located at 34 North 52nd Street.

The video shows the two suspects walking into the diner at 7:30 a.m.

One suspect immediately jumps behind the counter while the second suspect can be seen pointing a handgun at the employees and a patron at the counter.

The pair stole $110 from the cash register before fleeing north on 52nd Street.

No injuries were reported during the robbery.

The second suspect is described as black male, 5'7" tall with a thin build. He was wearing black pants, a green coat with a hooded sweatshirt underneath, and a black ski mask.

If you recognize these suspects do not approach them, call 911 immediately.