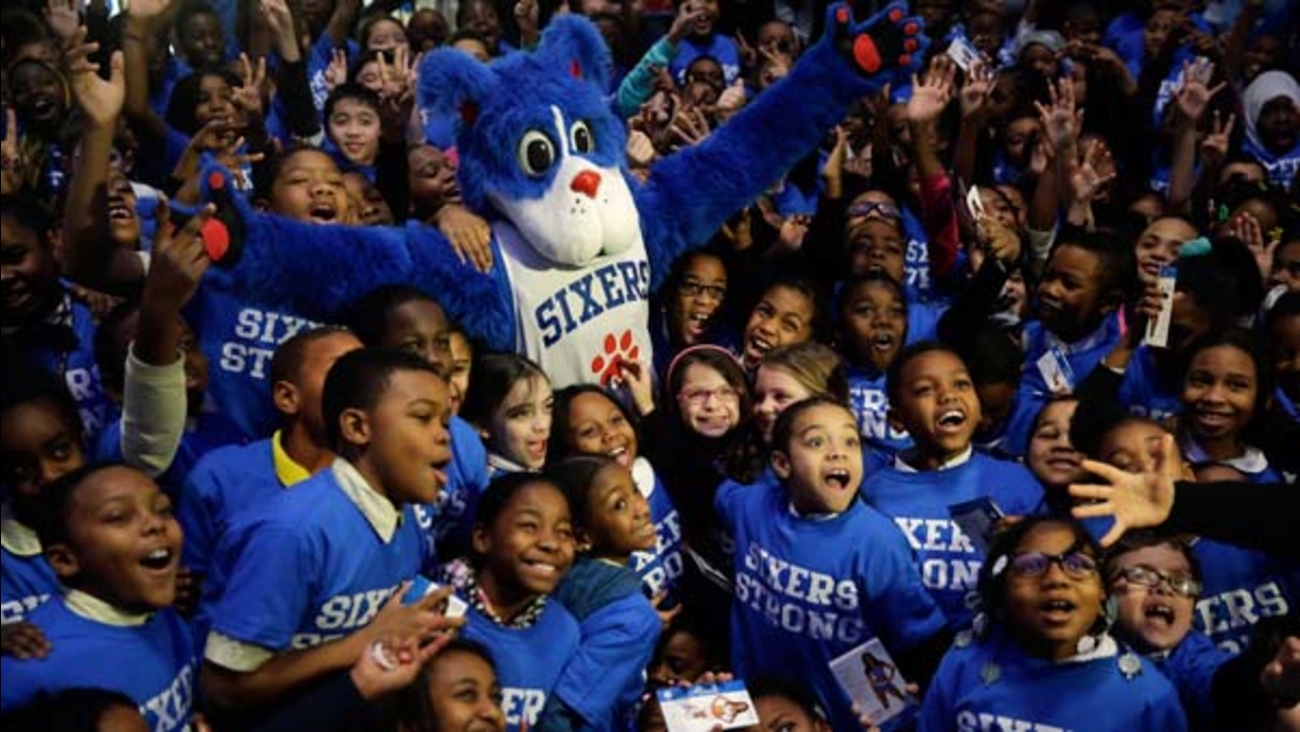 The Philadelphia 76ers' new mascot, Franklin, poses with young fans during a news conference announcing him as the NBA basketball team's new mascot at The Franklin Institute (AP Photo/Matt Rourke)

Franklin, the "Sixers fans' best friend," was introduced in front of more than 300 children in attendance.

Sixers Chief Marketing & Innovation Officer Tim McDermott tells NBA.com that the mascot was created via a "kid-focused process from the start that involved more than 1,000 children, Sixers Season Ticket Members and 40-plus designs."

The Sixers have been sans mascot since 2011 when Hip Hop the bunny left for greener pastures.

Not too long after Hip Hop's retirement, the Sixers offered fans a choice for a new mascot: Big Ben, Phil E. Moose, and B. Franklin Dogg (not to be confused with Franklin).

The results of the poll were never released, for some reason.

Then in June, the Sixers posted a job opening to their website looking for a mascot.

At the time the Sixers confirmed to 6abc.com that they were indeed "in the exploration and planning stages of incorporating a team mascot into our overall plans."

Sixers fans should now be ready for a new era - a blue, fluffy era.