2 women caught on camera stealing from parked car in Fishtown 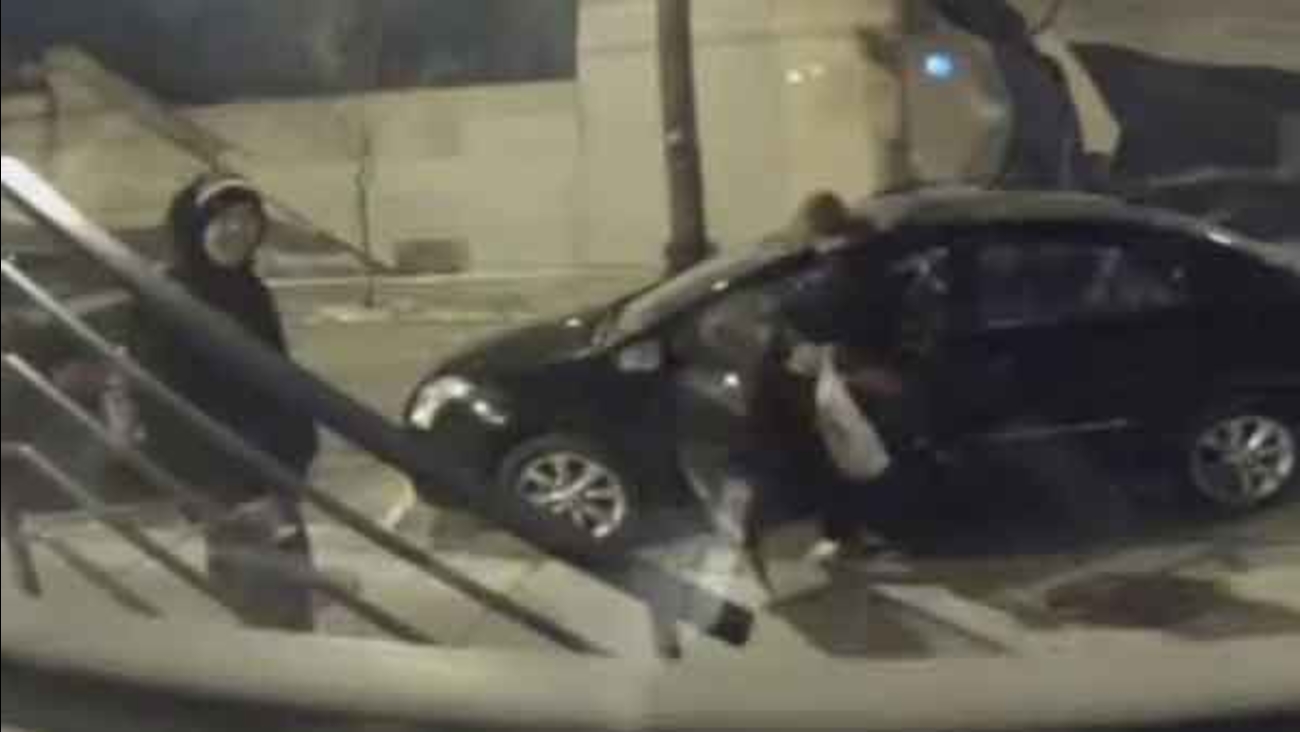 Philadelphia police are searching for two women who were caught on surveillance breaking into a parked car in the city's Fishtown section.

FISHTOWN (WPVI) -- Philadelphia police are searching for two women who were caught on surveillance video stealing items from inside a parked car in the city's Fishtown section.

The incident happened at 7 p.m.on January 29.

The women can be seen walking on 2100 block of East Morris Street and pulling on door handles of parked cars.

They find an unlocked drivers side door and one of the suspects climbs inside.

After going through the car and the trunk, they flee the scene.

The pair got away with an iPod and several CD's from inside, valued at $200.

The first suspect is described as a white female, 20 years-old with a stocky build and blonde hair. She was wearing a Flyers back pack, black jacket and dark pants.

The second suspect is described as a white female with a thin build. She was wearing a dark hooded sweatshirt, dark colored pants, carrying a black back pack with a light colored front pocket.