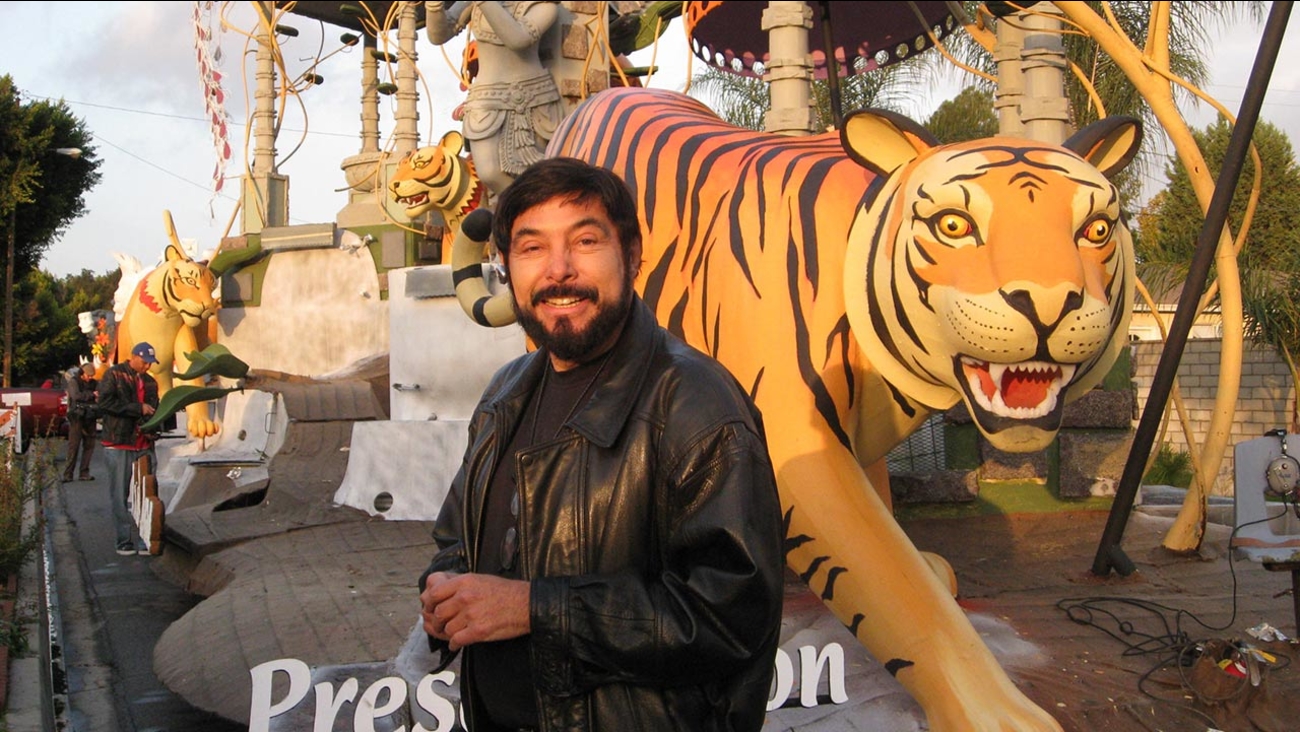 Raul Rodriguez is seen in an undated photo.

PASADENA, Calif. -- Raul Rodriguez, a world-famous Rose Parade designer, has died. He was 71.

Rodriguez died of cardiac arrest at his Pasadena home on Wednesday afternoon.

Rodriguez's artistic career began at the age of 15 when he created his first Rose Parade float for the city of Whittier.

He designed more than 500 floats and won more awards than any other designer in the history of the Rose Parade.

Rodriguez's last appearance in the annual parade was in 2013.