Driver of stolen car crashes into ambulance on highway, dies 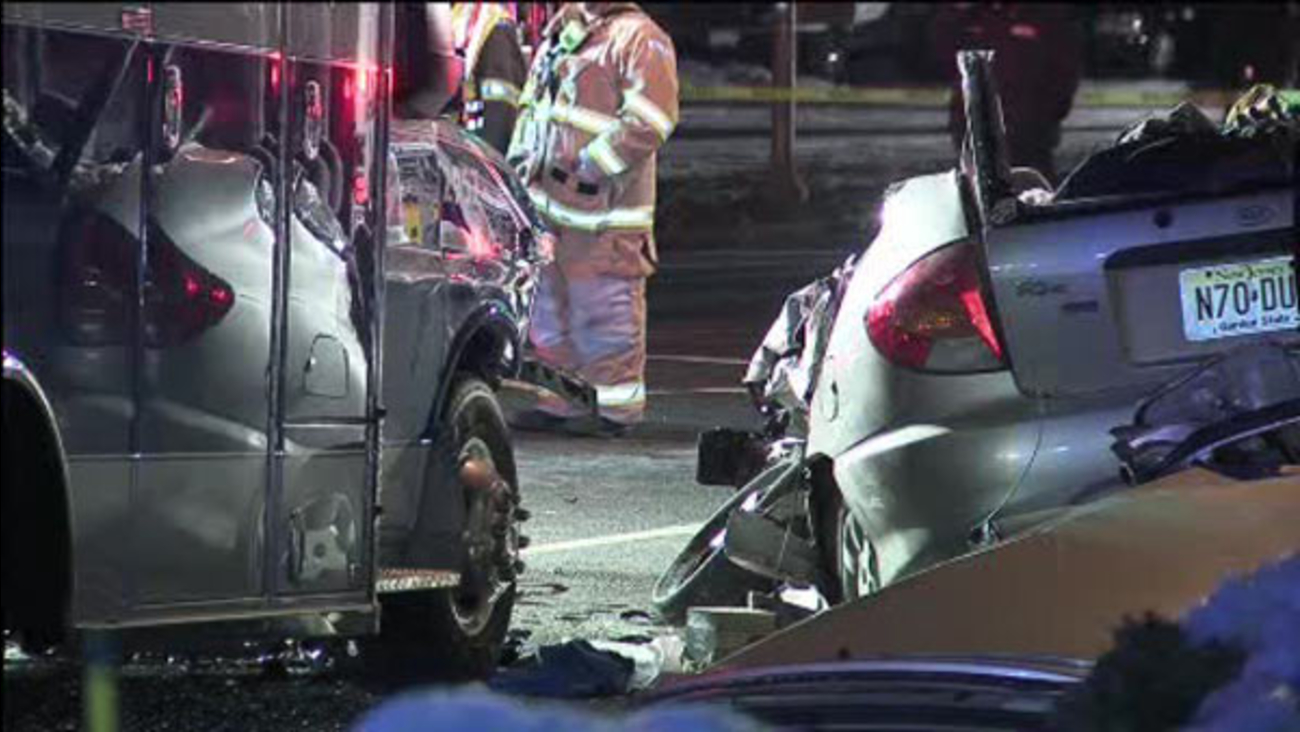 MAGNOLIA, N.J. (WPVI) -- Authorities say a man driving a stolen car has crashed into an ambulance on a New Jersey highway and has been killed.

It happened after 5:00 a.m. Monday at the intersection of South White Horse Pike and Evesham Avenue in Magnolia, New Jersey.

Magnolia police say a preliminary investigation found the car crossed a double yellow line and slid sideways into the front of an ambulance going in the other direction.

The car had earlier been reported stolen to police in Sayreville, an hour's drive northeast of Magnolia. The driver was the sole occupant of the car.

The two people in the ambulance have been treated for undisclosed injuries and have been released.

There were no patients in the ambulance, and it wasn't responding to an emergency call at the time the crash occurred.