Puppy dies after being stuffed into sandbag, thrown from car in California 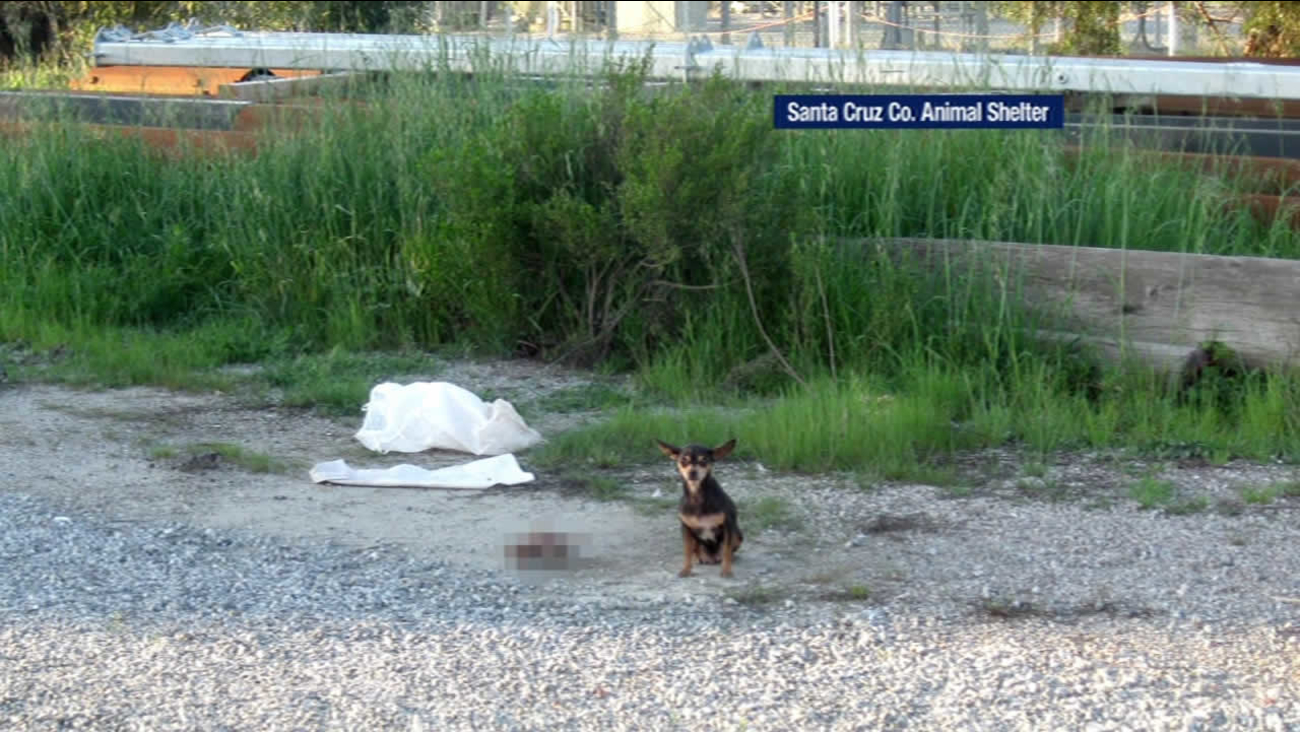 Authorities say a puppy died and its mother survived after they were placed into a sandbag and thrown out of a vehicle in Watsonville, Calif. on Feb. 20, 2015. (Santa Cruz County Animal Shelter)

WATSONVILLE, Calif. -- The search is on for whoever placed a dog and her puppy in a sandbag and threw the bag out of a vehicle in Watsonville, California.

Santa Cruz County Animal Shelter officers were sent to Minto Road regarding a report of an abandoned dog and puppy on Friday. Once they arrived, they found the faithful mother dog standing next to the body of her deceased puppy.

Authorities say the mother started crying and scratching at the door after she was placed into the animal control vehicle, but calmed down after officers put her puppy's body inside with her.

According to a report by SCCAS's veterinarian, it appears the puppy died of trauma to the head upon impact.

The mother appears to have chewed herself free from inside the sandbags and then pulled the puppy out.

"What makes this case so disturbing is that a person would decide that putting dogs in sand bags and throwing them out of a window like garbage was even an option," said Todd Stosuy, Field Services Manager for the Santa Cruz County Animal Shelter. "There are always alternative options if you have an animal you can no longer keep, including surrendering them at no cost to Santa Cruz County Animal Shelter."