Pat Burrell to be inducted into Phillies Wall of Fame 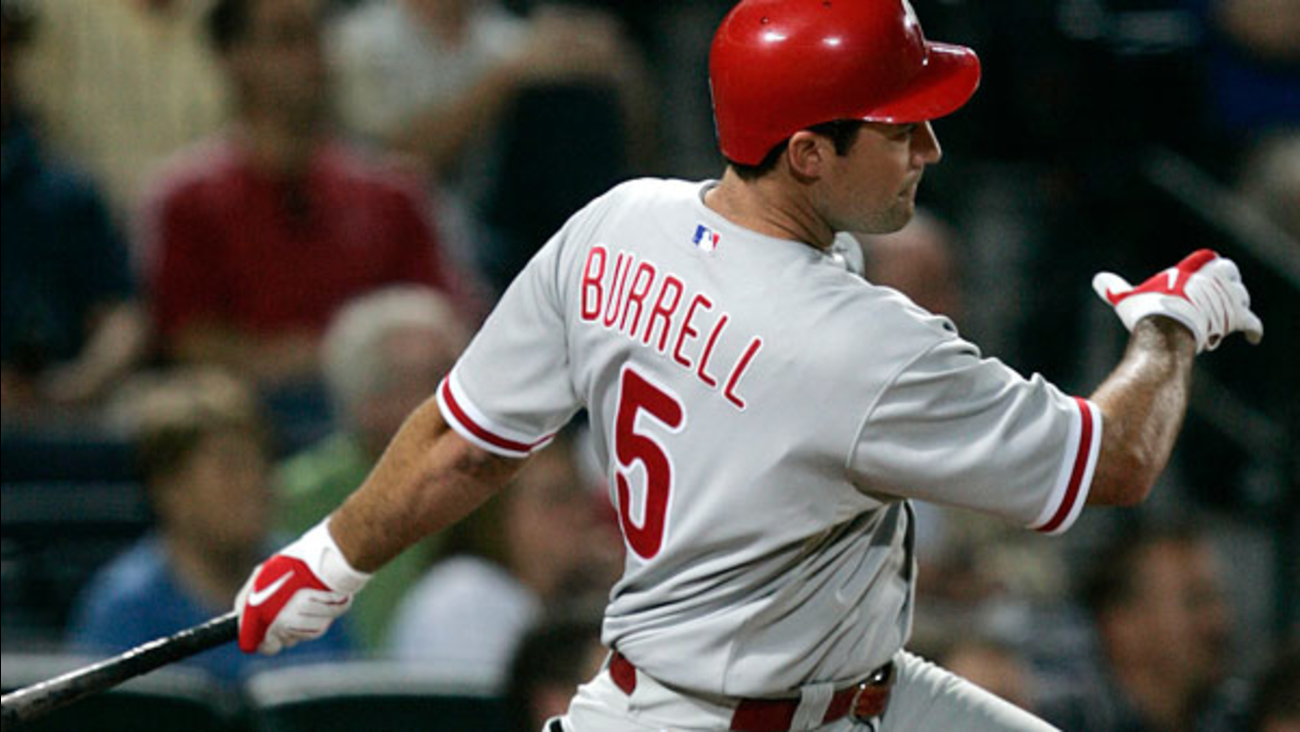 He began his career as a first baseman, but became the club's left fielder just a few months later.

One of Burrell's most notable moments was a seventh-inning double in Game 5 of the 2008 World Series. That hit led to the winning run as Phillies captured their second World Championship.

A right-handed slugger, Burrell hit 20 or more home runs in eight consecutive seasons and finished with 251, putting him behind only Mike Schmidt, Ryan Howard and Del Ennis in Phillies history.

He drove in 827 runs which places him on the Phillies top 10 all-time list.

Following the Phils, Burrell ended a 12-year career in the majors with the Tampa Bay Rays and San Francisco Giants.

He's currently a professional scout for the Giants.

"It's a tremendous honor and privilege to be added to the Wall next to Philly's all-time greats," Burrell said in a statement.

Burrell was selected as a Phillies Wall of Famer through fan voting on Phillies.com.

"My family and I couldn't be more grateful for the support from fans. Their votes are the reason that I will now be enshrined in Phillies history," Burrell said.

Burrell will be the 37th inductee.

His induction is scheduled for July 31st, prior to the start of the game between the Phillies and the Atlanta Braves.