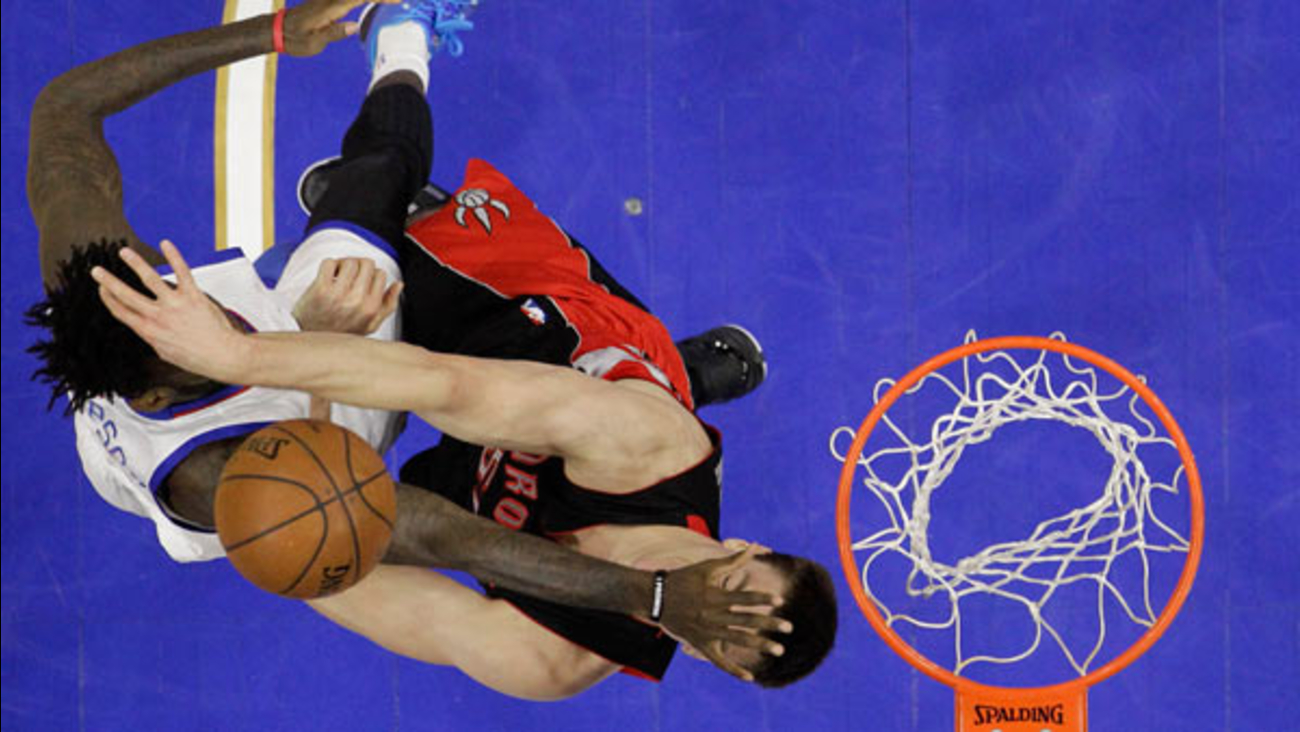 PHILADELPHIA -- DeMar DeRozan scored a season-high 35 points, Lou Williams had 21 and the Toronto Raptors snapped a five-game losing streak with a 114-103 win over the Philadelphia 76ers on Monday night.

Toronto coach Dwane Casey gave slumping All-Star and Philadelphia native Kyle Lowry another night off to rest. Even without their leading scorer in the lineup for the second straight game, the Raptors won for the first time since Feb. 20.

The Raptors had lost of their five games during their streak on the road. They still hold the No. 2 seed in the Eastern Conference over the Chicago Bulls.

Nerlens Noel scored 17 points on 7-for-7 shooting for the Sixers.

The Raptors at last built some breathing room late in the third to turn a one-point lead into an eventual double-digit cushion in the fourth. Terrence Ross hit two 3s and Williams hit one over the final 3:44 of the third for an 83-76 lead.

The Raptors stretched the lead to 105-91 with 3:04 left and sent what was left of a dismal crowd to the exits.

With Lowry out, DeRozan gave the Raptors a needed boost. He shot 12 for 24 from the floor, a solid outing for the 6-foot-7 guard after he missed 38 of 52 attempts in his past three games.

The 76ers got the bulk of the production off the bench from two players acquired late last month. The 76ers have burned through the transaction wire this season trying to find someone who can stick around and help with the heavy lifting in the lengthy rebuilding process.

Thomas Robinson, the No. 5 overall pick in the 2012 draft, is already with his fourth team. He had eight points and four rebounds in his first 9 minutes off the bench late in the second quarter.

Ish Smith scored nine points over that same stretch, two players fighting for their NBA careers trying to prove they belonged. But also at that point, Noel, a franchise cornerstone, had not yet attempted a shot and promising guard Isaiah Canaan was scoreless. Smith scored 19 and Robinson had 13.

Patterson and DeRozan hit a pair of late 3s that sent Toronto into halftime with a 55-49 lead.

76ers: Forward Robert Covington (right elbow) and guard Jason Richardson (left knee) did not play. ... The 76ers waived center JaVale McGee prior to midnight on March 1, making him eligible to join a postseason roster. ... The 76ers had only 10 available players.

76ers: At Oklahoma City on Wednesday.