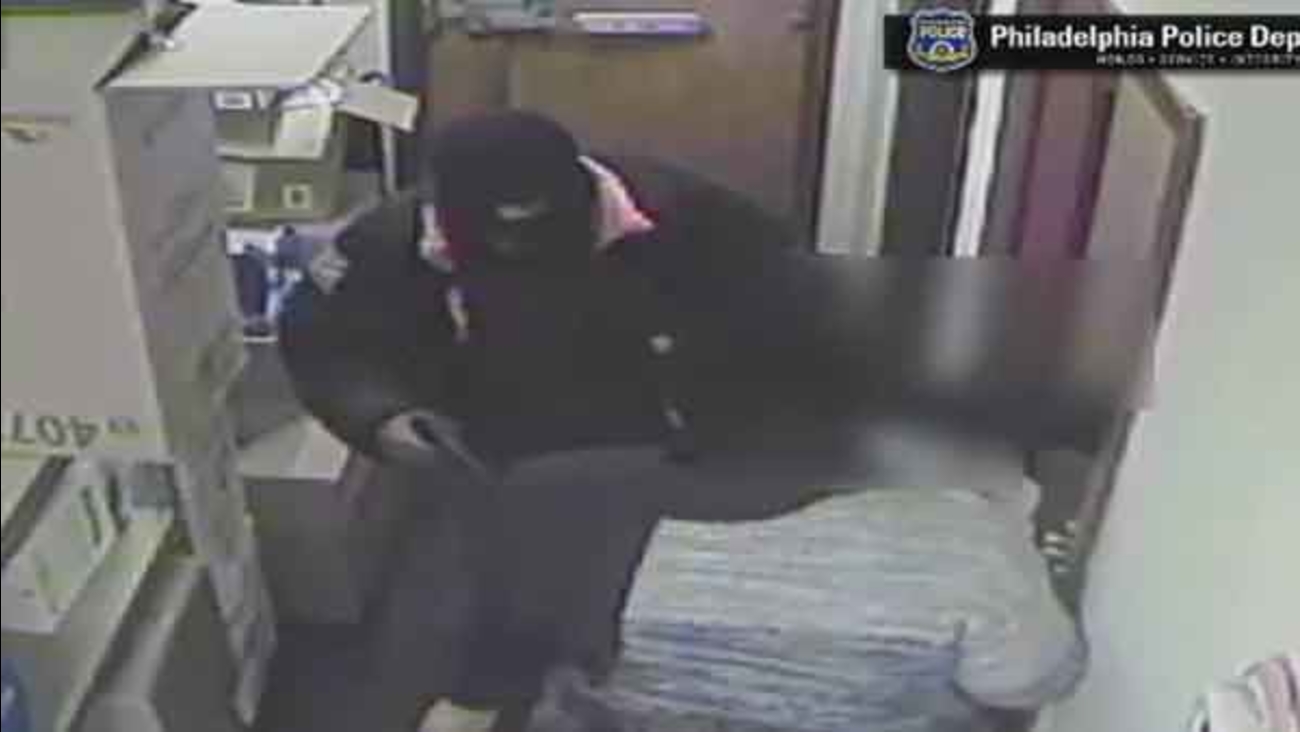 Philadelphia police are looking for an armed suspect who robbed a pharmacy in the city's Fern Rock neighborhood. (Philadelphia Police Department)

FERN ROCK (WPVI) -- Philadelphia police are looking for a suspect who robbed a pharmacy at gunpoint in the city's Fern Rock section.

The incident happened on February 25 at the Broad and Grange Pharmacy located on the 5700 block of North Broad Street.

Police say an employee inside the pharmacy answered the rear door at 11:15 a.m. thinking it was a delivery person.

That's when an unknown male pointed a gun at the clerk and forced his way in.

The robber ordered all employees into a back room and demanded the manager open the safe.

He got away with an unknown amount of cash and a large amount of medications, which he placed in a dark colored plastic trash bag.

The employees were then forced to lay on the floor as the robber made his escape back through the rear door.

He jumped into the passenger side of a waiting 1999 Chevy Silverado and fled the scene.

That SUV was later stopped on the 1500 block of 67th Street by police and the driver was taken in for further questioning.

Police describe the suspect as a black male, 5'10 tall with a medium build and medium complexion. He was wearing a black knit ski mask, black coat with an American flag on his right upper sleeve, faded jeans, brown timberland boots and armed with a handgun.