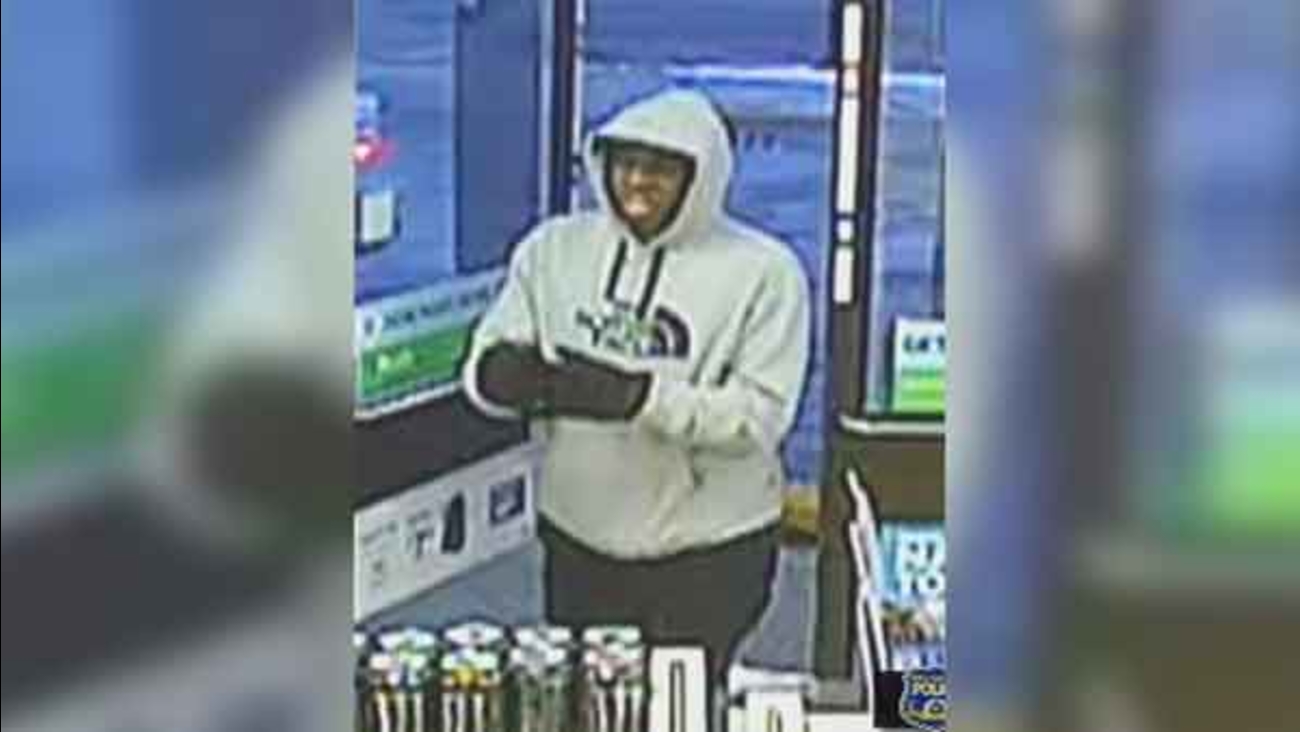 OGONTZ (WPVI) -- Philadelphia police are looking for an armed suspect wanted in connection with at least 4 robberies in the city's Ogontz section over the last several weeks.

The first incident happened on February 16 at the Cricket Store located on the 2500 block of West Cheltenham Avenue.

There, police say the suspect walked into the store and approached an employee behind the counter.

He pulled out a handgun and placed a black plastic bag on the counter, demanding money.

The suspect got away with $300 from the register before fleeing on foot towards Limekiln Pike.

Police say the robber has also been involved in three other similar hold-ups in the area between March 8 and March 13.

The suspect is described as a black male in his 20s, 5'7" tall with a dark complexion and armed with a handgun.

If you recognize this suspect, do not approach him and call 911 immediately.

Anyone with information is asked to call Northwest Detectives at 215-686-3353.