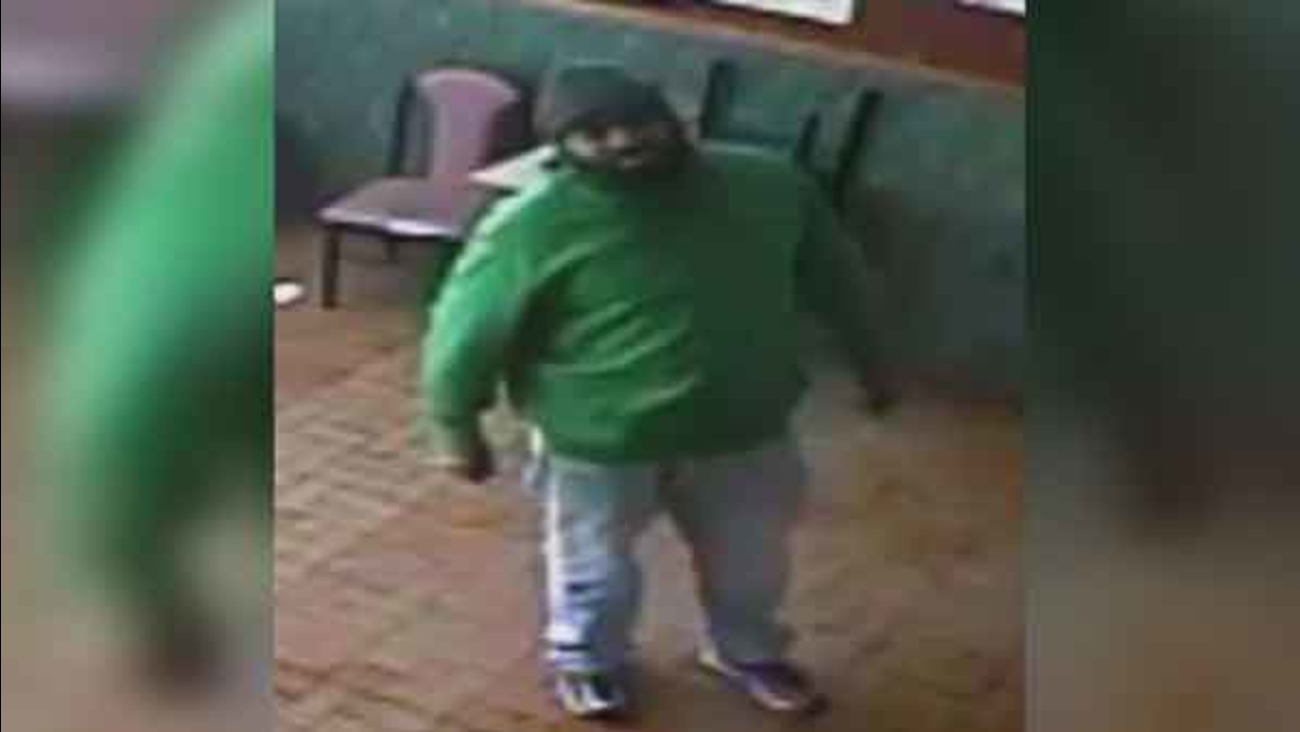 Philadelphia police are looking for a suspect who brutally attacked a customer inside a Chinese restaurant in the Hunting Park section of the city. (Philadelphia Police Department)

HUNTING PARK (WPVI) -- Philadelphia police are looking for a suspect who brutally attacked a customer inside a Chinese restaurant in the city's Hunting Park neighborhood on Friday afternoon.

It happened at 2:35 p.m. inside the Golden City Chinese Take-Out restaurant on the 4100 block of North Broad Street.

Police say the 25 year-old victim was inside the restaurant making a purchase when he was approached by the suspect.

The pair exchanged a few words before the suspect violently punched the victim in the head several times and knocked him to the ground.

He then continued to punch and kick the man several more times before casually grabbing his food and walking out the door.

According to police, the suspect was also seen dropping brass knuckles and picking them up before leaving the restaurant.

The suspect is described as a black male in his mid to late 20's, 6'1" tall with with a light complexion, stocky build and long beard. He is missing his two front teeth and has a tattoo of a tear drop and a cross inside a circle under his eye.

If you see this man, do not approach him and call 911 immediately.

You can also submit a tip online at PhillyPolice.com.