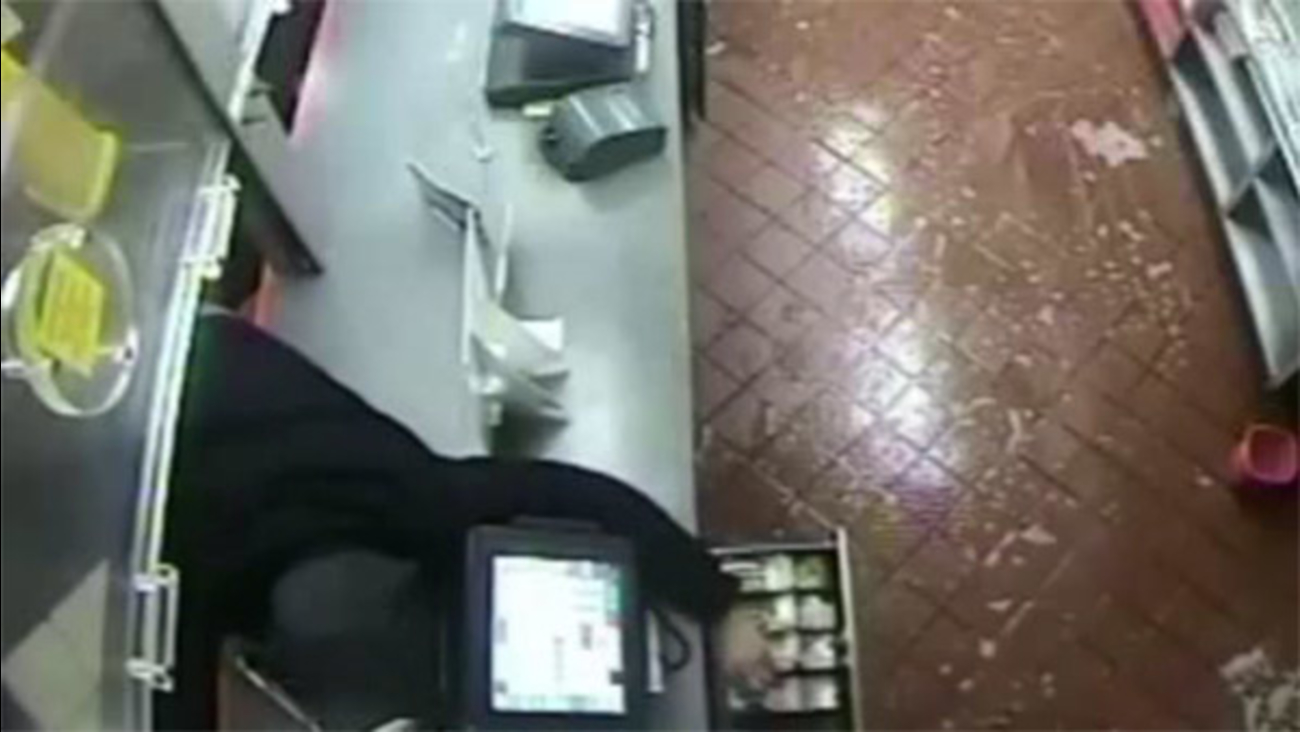 SOUTHWEST PHILADELPHIA (WPVI) -- Police are looking for two men who held up a Popeye's Chicken at gunpoint in Southwest Philadelphia.

Surveillance video shows one of the robbers pulling a gun on the cashier.


If using the 6abc news app, tap here to watch the video

He then reaches in and grabs a handful of cash before taking off.

Police say the second suspect stayed outside, acting as a lookout.

The first suspect is described as a black male, approximately 20 years old, 5'8"-5'9" tall, with a stocky build and medium complexion.

He was last seen wearing a white and blue hooded jacket underneath a dark colored jacket and a ski mask covering the lower half of his face.