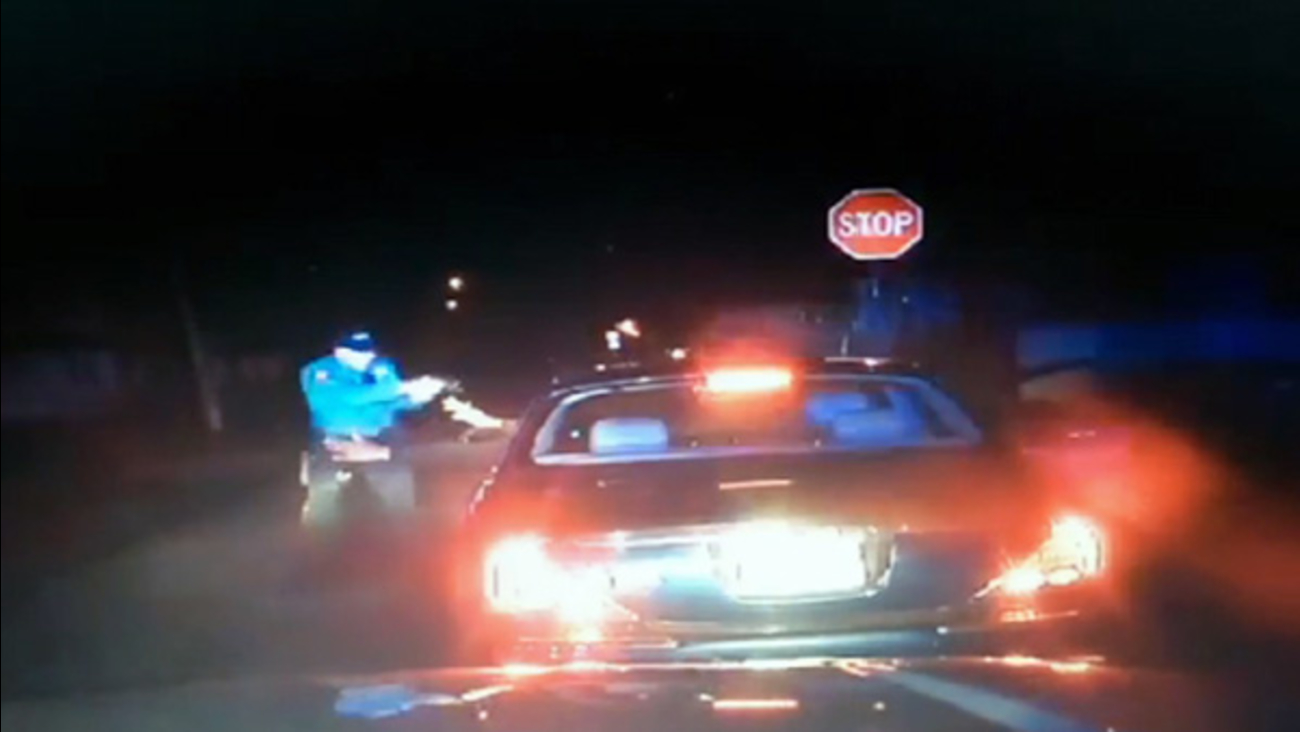 WPVI
CAMDEN, N.J. -- The wife of a southern New Jersey man who was fatally shot by police during a traffic stop has filed a federal civil rights lawsuit.

Lawanda Reid filed the suit Wednesday in Camden, claiming that the Bridgeton Police Department and the city condone excessive force by officers.

The suit seeking $1 million in damages comes after her 36-year-old husband was shot and killed by two Bridgeton police officers during a traffic stop on Dec. 30.

Police dashboard camera footage shows two officers warn Jerame Reid not to move in the passenger seat. He then steps out of the car, raising his hands and the officers fire at least six shots, killing him.