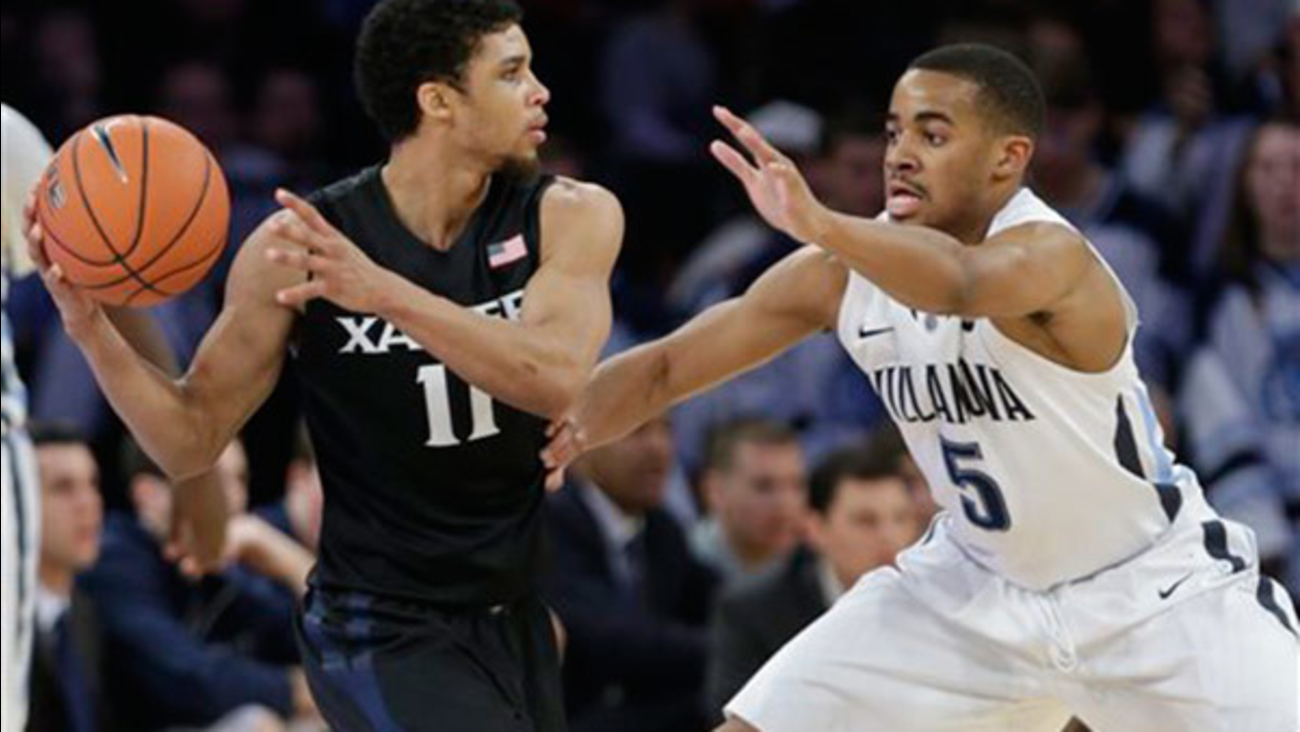 Josh Hart had 15 points in his latest brilliant performance off the bench, and the top-seeded Wildcats turned the Big East championship game into a Saturday night blowout by beating Xavier 69-52 for its second tournament title.

Looking to lock up a No. 1 seed in the NCAAs, the fourth-ranked Wildcats (32-2) made an impressive statement much to the delight of a pro-Villanova crowd at Madison Square Garden.

"It's good times," senior forward JayVaughn Pinkston said. "We've been talking about this since I got here in '10. I got in trouble my freshman year. Always promised the coaches I was going to get them a Big East championship."

After squeezing past Providence 63-61 with the help of a questionable call in Friday night's semifinals, Villanova had no such trouble against the sixth-seeded Musketeers (21-13).

Dylan Ennis scored 16 points and Darrun Hilliard had 12, sending the Wildcats into the NCAA Tournament on a 15-game winning streak. They'll find out Sunday if the selection committee rewards them with one of the four top seeds.

This night was nothing short of a festive romp for the Wildcats. A week after they celebrated the 20th anniversary of their first Big East Tournament crown, they duplicated the feat.

Of course, it's been 30 years since Villanova's stunning upset of Georgetown to win the NCAA championship - so consider that the next anniversary the Wildcats would like to mark by replicating the achievement.

Jalen Reynolds and Dee Davis each scored 13 points to pace the Musketeers, who were trying to beat the top three seeds in the tournament. Instead, they looked tired and ragged, missing point-blank shots throughout the night.

"We missed too many bunnies around the basket," coach Chris Mack said. "We were just on our heels. We couldn't score around the rim. Because of it, it affected our defense."

"I've got to attribute that to my teammates. They found me when I was open," he said. "They had total confidence in me to knock down the open shots when they found me."

In a matchup of the conference's top-scoring teams, Villanova shot 50 percent from the field and held the Musketeers well below their season averages for points and field goal percentage.

Xavier went 2 for 15 from 3-point range and was beaten in every facet of the game. In a telling sign of frustration after Hart outhustled his team for a second-half basket, Mack kicked a panel on a digital display just below the scorer's table, knocking out the E and the I in a GEICO advertisement.

"We weren't very good tonight. Villanova had a heck of a lot to do with it," Mack said. "They're the true definition of a team.

Villanova took the lead for good 2 1/2 minutes in and never looked back.

Hilliard scored eight straight Wildcats points, and his second consecutive 3-pointer started a 10-0 run that gave Villanova a 27-14 advantage with 5:19 left in the first half. Hart added a 3, and two free throws by Ennis made it a 16-point bulge before the Wildcats cruised into the locker room up 34-21.

Hilliard opened the second period with a 3, and when Big East co-Player of the Year Ryan Arcidiacono drained a 3 of his own for his first points of the night, Villanova had doubled up the Musketeers at 42-21.

The game never got close again.

Xavier: Freshman reserve J.P. Macura sat out with a sprained right ankle, but Xavier hopes he'll be back for the NCAA Tournament. Macura was injured Friday night in the semifinal win over Georgetown after scoring eight points in the first half. ... Reynolds also made the all-tournament team. ... The Musketeers also lost both regular-season meetings with Villanova by double digits.

Villanova: It was the first Big East final for coach Jay Wright, in his 14th season at Villanova. He appeared to wipe tears from his eyes after hugging several key players as they came to the sideline in the waning minutes. ... The Wildcats increased their school record for wins in a season. ... Villanova improved to 2-4 in Big East championship games. Their previous appearance was a 70-58 loss to Boston College in 1997. ... Hilliard and Ennis also made the all-tournament team.

Xavier: Waiting on an at-large bid to the NCAA Tournament.