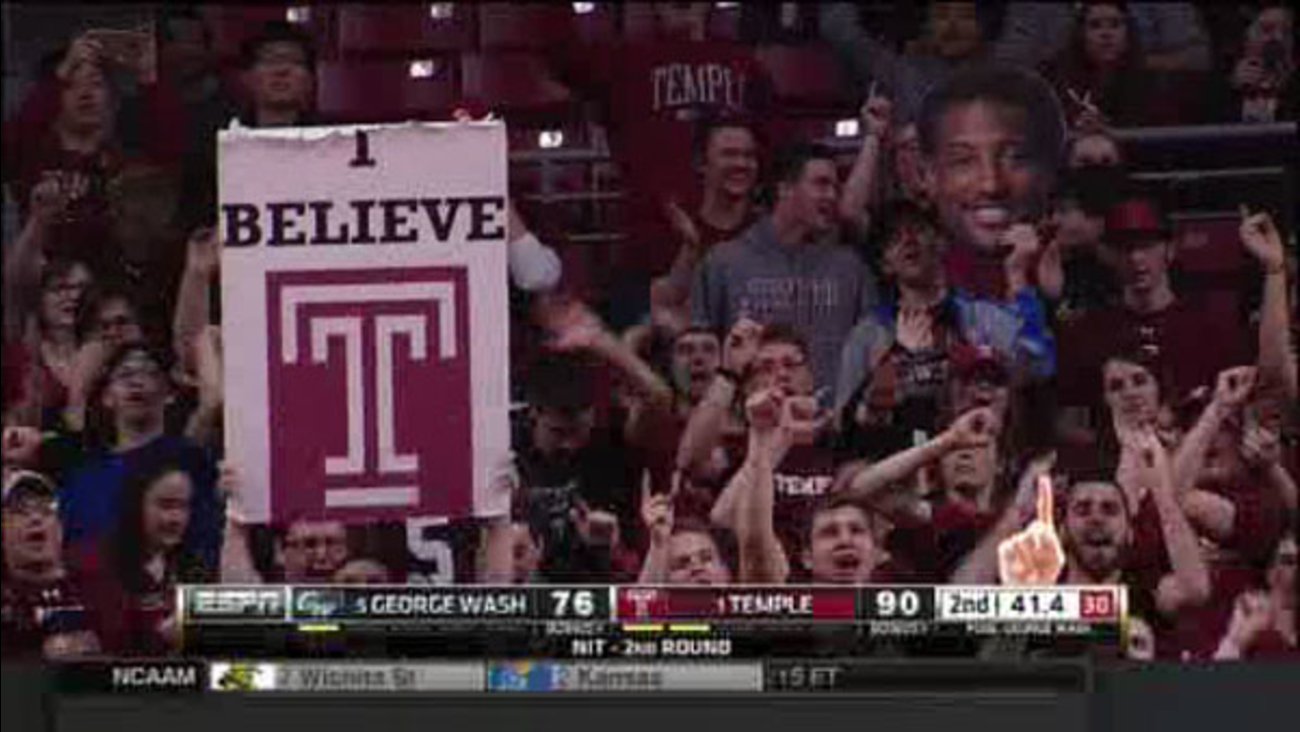 PHILADELPHIA -- Will Cummings scored 21 points, Jesse Morgan had a season-high 20 and Temple beat George Washington 90-77 on Sunday in the second round of the NIT.

Devin Coleman added 13 points and Jaylen Bond finished with eight points and 15 rebounds for the top-seeded Owls (25-10), who host either Texas A&M or Louisiana Tech in the quarterfinals Wednesday.

The Colonials rallied to pull within three points early in the second half, but Coleman helped the Owls rebuild a comfortable lead, scoring all of his points in the game's final 10 minutes.

Temple never trailed, scoring the first nine points of the game and taking a 20-5 lead after Morgan hit a 3-pointer with 14:23 left in the first half.

The Owls shot 50 percent from the field in their highest scoring game of the season.