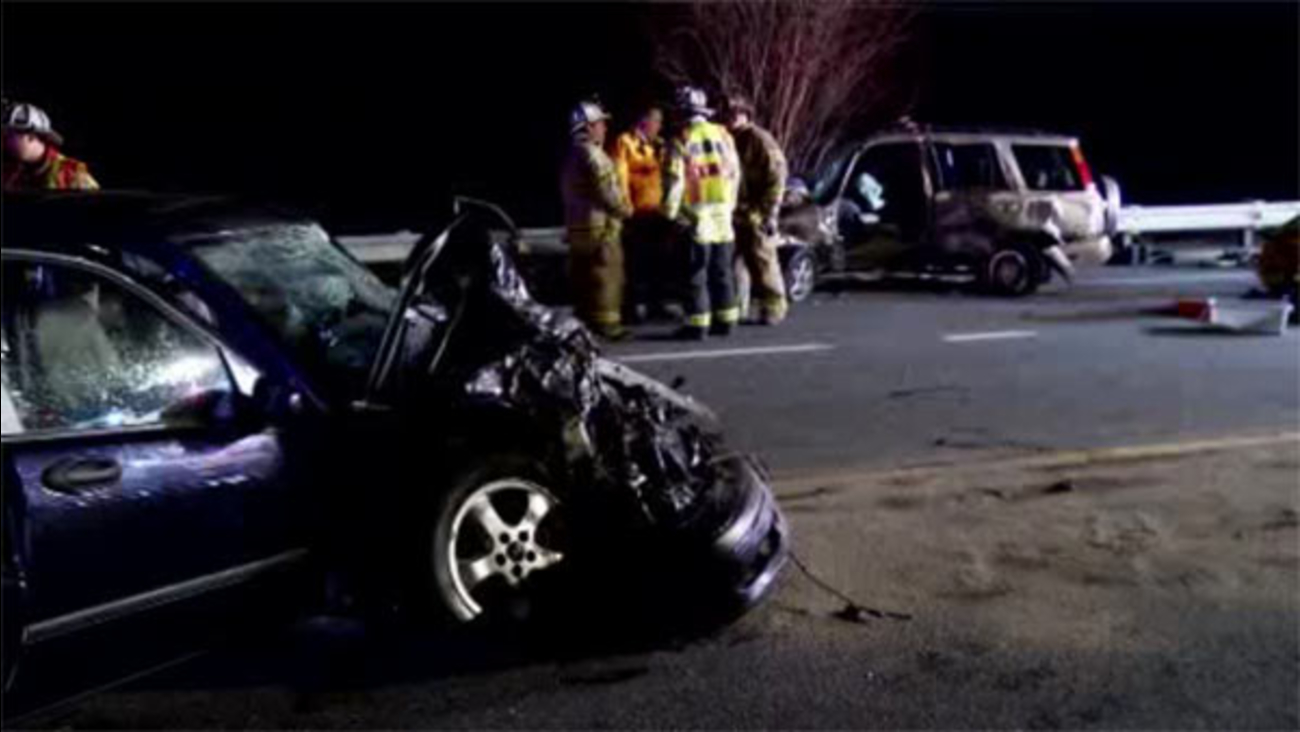 HOCKESSIN, Del. (WPVI) -- A man is dead and four others are injured after a two vehicle crash in Hockessin, Delaware Monday night.

The crash occurred just after 10:30 p.m. at the intersection of Lancaster Pike and Old Wilmington Road.

Police say a 69-year-old man in a Honda was attempting to make a left turn when he drove into the path of a Saab.

Rescuers had to free the man and his passenger from the SUV.

There were also three teenagers inside the car. They had to be rescued.

All the victims were taken to Christiana Hospital.

The man was pronounced dead at the hospital. His name has not been released.

His female passenger was seriously injured.

The three teenagers are expected to be okay.