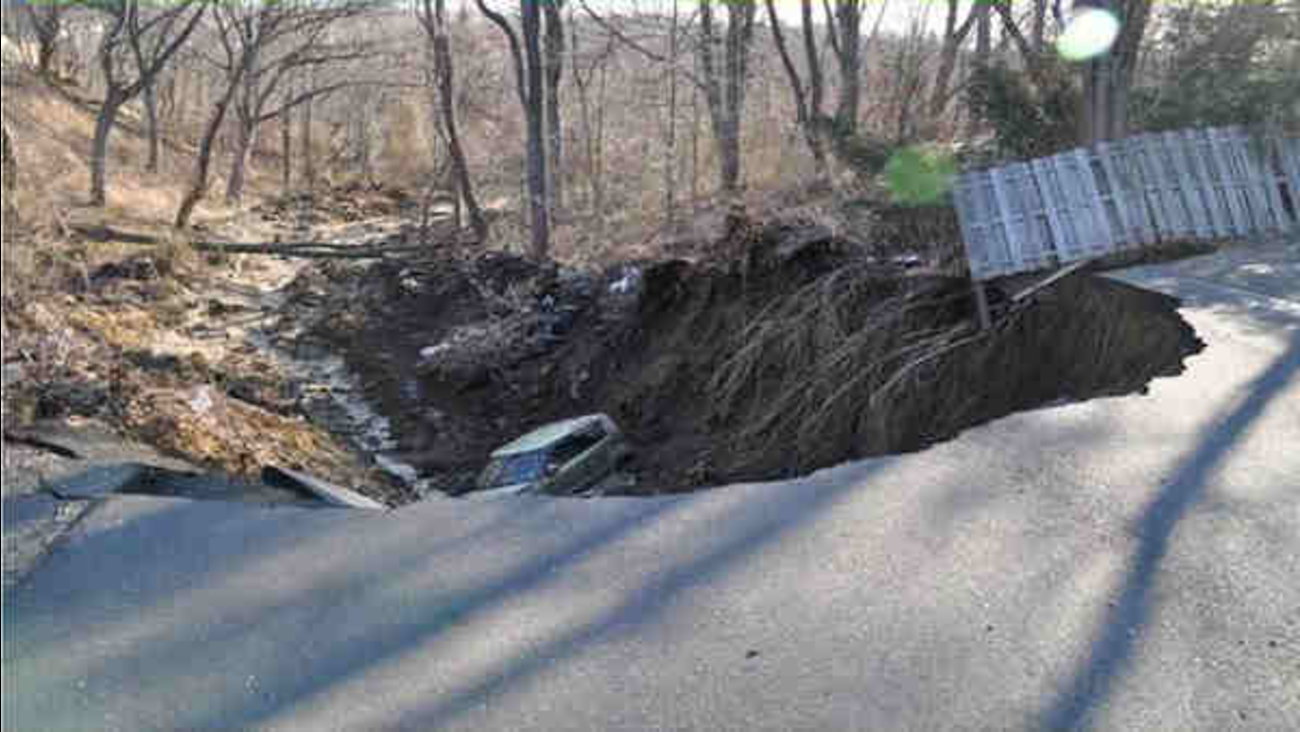 SOUTH AMBOY, N.J. -- Homes in South Amboy was evacuated after the end of a street slid into a nearby ravine.

South Amboy Police were called to Gordon Street about 6:3O a.m. Tuesday about a sinkhole on the 300 block.

They found a small SUV-type vehicle had fallen down the sinkhole, which is believed to have been caused by a water main break. Four houses in that area were evacuated.

Gordon Street, which is a dead end, was closed by police.