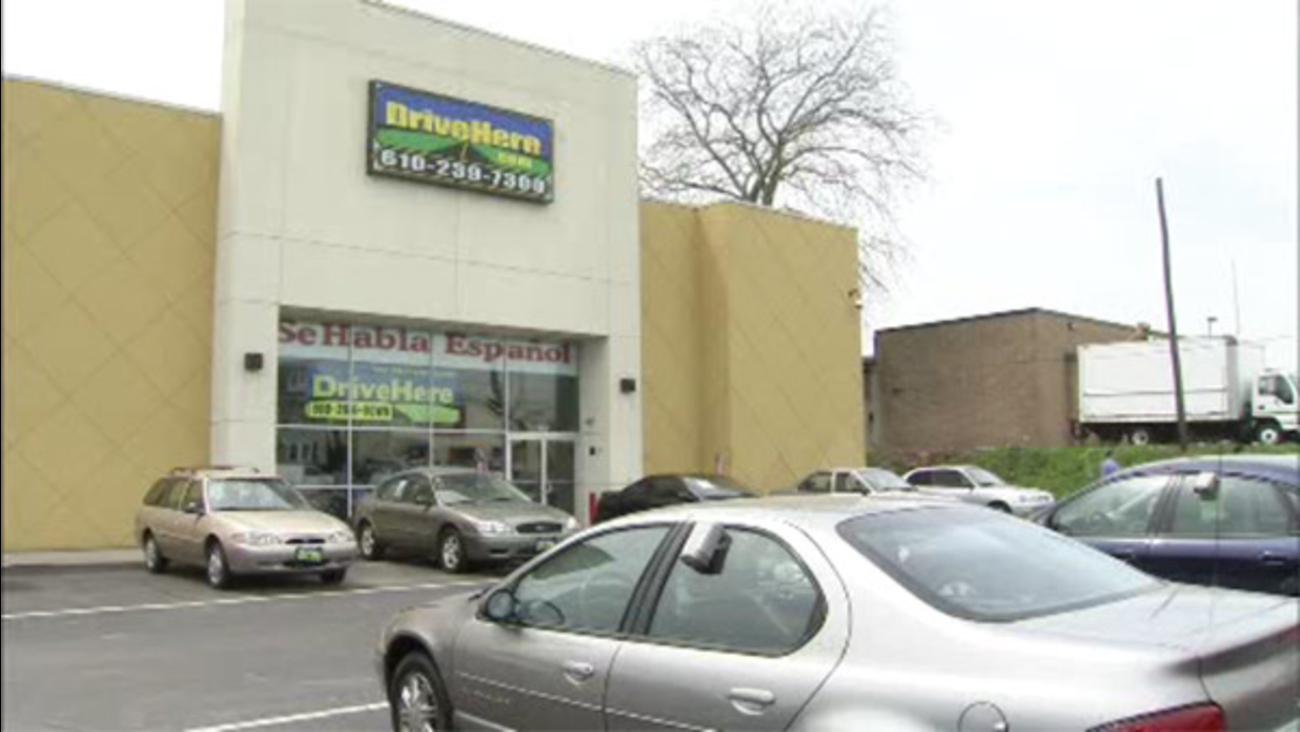 Action News talked to DriveHere customer Danielle Byard back in 2011.

"They guaranteed they would get me into a car. I told them how much I had and they told me no problem," said Danielle Byard.

But the Pennsylvania Attorney General has investigated 130 complaints concerning DriveHere and CarVision and the president of the dealerships, Dean Cafiero.

CarVision has a location in Norristown and DriveHere has locations in Philadelphia and Conshohocken.

The lawsuit alleges they sold and leased used cars at inflated prices, used deceptive business practices, and sold vehicles that were not roadworthy.

"I went to turn the heat on and I smell burning and it was just a loud clunking, crashing noise," said Byard.

A Carfax vehicle history report shows Byard's car was worth about $2,000.

However her lease with DriveHere was going to cost her $9,689 and the car was hers only 3 years.

The company didn't respond to our calls Wednesday but in 2011 said all cars are sold with a warranty.

They also said that they are helping customers with subprime credit who would not be able to purchase a car at many other dealerships.

The lawsuit announced Wednesday by the Pennsylvania Attorney General is seeking restitution for consumers.

The attorney general believes there are other victims of these alleged scams who have not yet filed complaints.

If you're one of them - call 1-800-441-2555 or go click here to visit the Pennsylvania Attorney General's website to file a report online.

Plus, here are some helpful tips to keep in mind when buying a used car.

Before buying a used car - considering getting a Carfax report.

A Carfax will show you if a car's had an accident and whether the odometer's been rolled back.

Also, before buying or leasing a car - review the warranty and have your own mechanic inspect the vehicle.