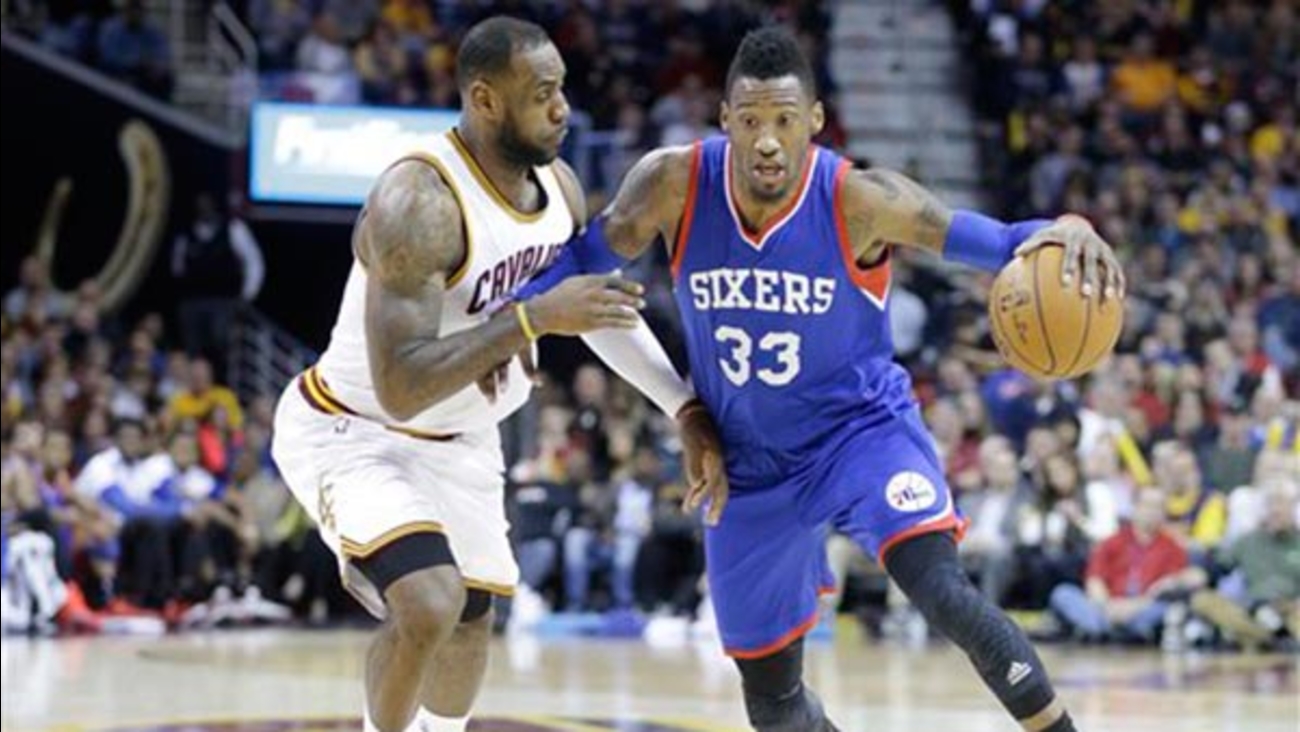 CLEVELAND -- The Cleveland Cavaliers won't get style points for Sunday's 87-86 win over the Philadelphia 76ers.

Moving 2 games ahead of Chicago for second place in the Eastern Conference was all that mattered to James, who led Cleveland with 20 points.

"You find a way to win," he said as the Cavaliers hung on for their 16th straight home victory despite being held scoreless over the final 4:04.

"This is a winning league. No matter however you gotta do it, you do it."

The Cavaliers, coming off a stretch that had them play 14 of 19 games on the road, struggled to put away the team with the third-worst record in the league.

Cleveland, which is 29-7 since Jan. 13, lost to Brooklyn on Friday and scuffled at times in wins over Indiana and Milwaukee.

Asked if the Cavaliers are in a minor funk, James said, "A minor funk? We were 19-20 at one point. (This) ain't no funk. What's our record? That's not much a funk. We're playing good ball."

The Cavaliers, who lost Kevin Love (back) and Iman Shumpert (left ankle) to injuries, won't practice again until Wednesday before hosting Miami on Thursday.

Timofey Mozgov's basket gave Cleveland an 87-83 lead with 4:04 remaining, but the Cavaliers didn't score again and the 76ers cut the lead to one. Kyrie Irving missed a shot in the lane and Philadelphia called timeout with 8.5 seconds left to set up the last shot.

Nerlens Noel got a good look in the lane, but his shot bounced off the rim and Tristan Thompson was fouled while grabbing the rebound. Cleveland called timeout to inbound the ball at midcourt. The pass was tipped away as time ran out.

Robert Covington scored 19 points to lead Philadelphia, but missed two free throws with 1:07 left that could have put the 76ers ahead.

Noel, who scored a career-high 30 points Friday against the Los Angeles Clippers, sat in front of his locker with his head in his hands for a half hour following the game.

"I walked in the locker room and his (Noel's) head was down between two towels," coach Brett Brown said. "We're in late March and we have 18 wins, but he hurts - and I love that. That whole group in there feels like we let one through our fingers on the road - and I love that."

Neither team scored in the final 3:56 and they combined to go 0 for 11 from the field.

"Never underestimate a win," Cleveland coach David Blatt said. "It was evident we were physically slow and a little mentally beat down, but we found a way to win and that's good."

Irving scored 17 points while James, who was 8 of 24 from the field, had 11 rebounds and six assists. He moved within two points of passing Patrick Ewing for 20th place on the career scoring list.

Love took an elbow to his back, which has bothered him all season, in the fourth quarter and walked directly to the locker room. Shumpert hurt his ankle while missing a breakaway dunk in the second quarter.

"Just have to take these next couple days," Love said. "We're kind of fortunate with Shump and myself we have these couple days. Got some treatment on it. Feels good."

76ers C Joel Embiid (right foot) played one-on-one for the first time in nearly a year before the game. The No. 1 overall pick in the NBA draft suffered a stress fracture last spring, and won't make his pro debut until next season. "That was the first time he's done that against bodies, so it was another positive step," Brown said.

Irving, in an on-court interview following the game, said, "That was probably one of the ugliest games I've ever been in in this building. We appreciate you sticking with us because, whew, that was terrible."

76ers: Noel started at power forward with Aldemir at center, a combination Brown plans to stick with the remainder of the season. ... Rookie F Jerami Grant made his fourth start of the season. Brown wanted him to test his defensive skills against James, the four-time MVP. ... Rookie G JaKarr Sampson attended James' alma mater, Akron St. Vincent-St. Mary High.

Cavaliers: Thompson scored on alley-oop dunks on two possessions early in the second quarter with assists from G Matthew Dellavedova. ... Cleveland has tied the third-longest home winning streak in franchise history. ... The Cavaliers lead the NBA with six wins of 30-plus points.

76ers: Host the Lakers on Monday.