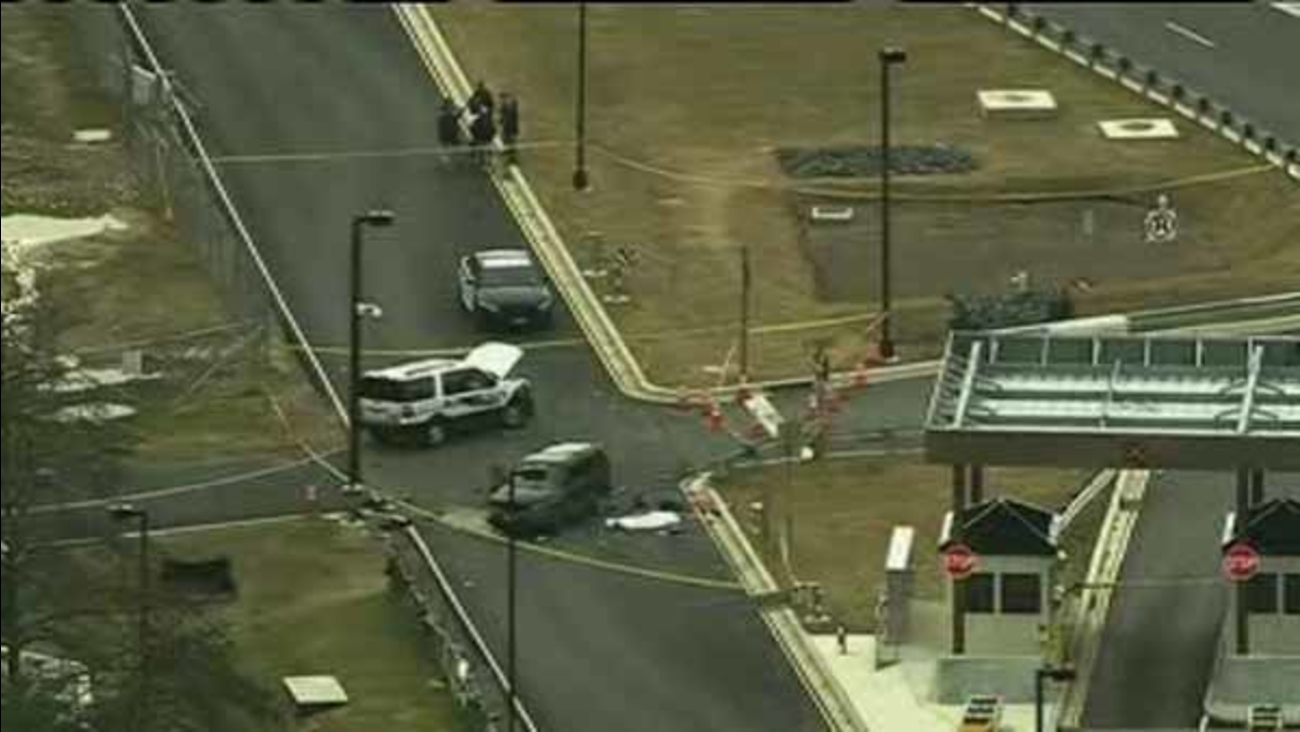 WPVI
FORT MEADE, Md. -- One person was killed in a firefight that erupted Monday after a car with two people tried to ram a gate at the Fort Meade, Md., military base near a gate to the National Security Agency, according to preliminary reports cited by two U.S. officials.

The officials said a firefight ensued after the car tried to crash the gate, and at least one of the two people in the car died. Fort Meade is home of the NSA.

Both federal officials spoke on condition of anonymity because they were not authorized to discuss an ongoing incident on the record.

The NSA headquarters is on the sprawling Army installation near Baltimore. An NSA spokesperson declined to comment.