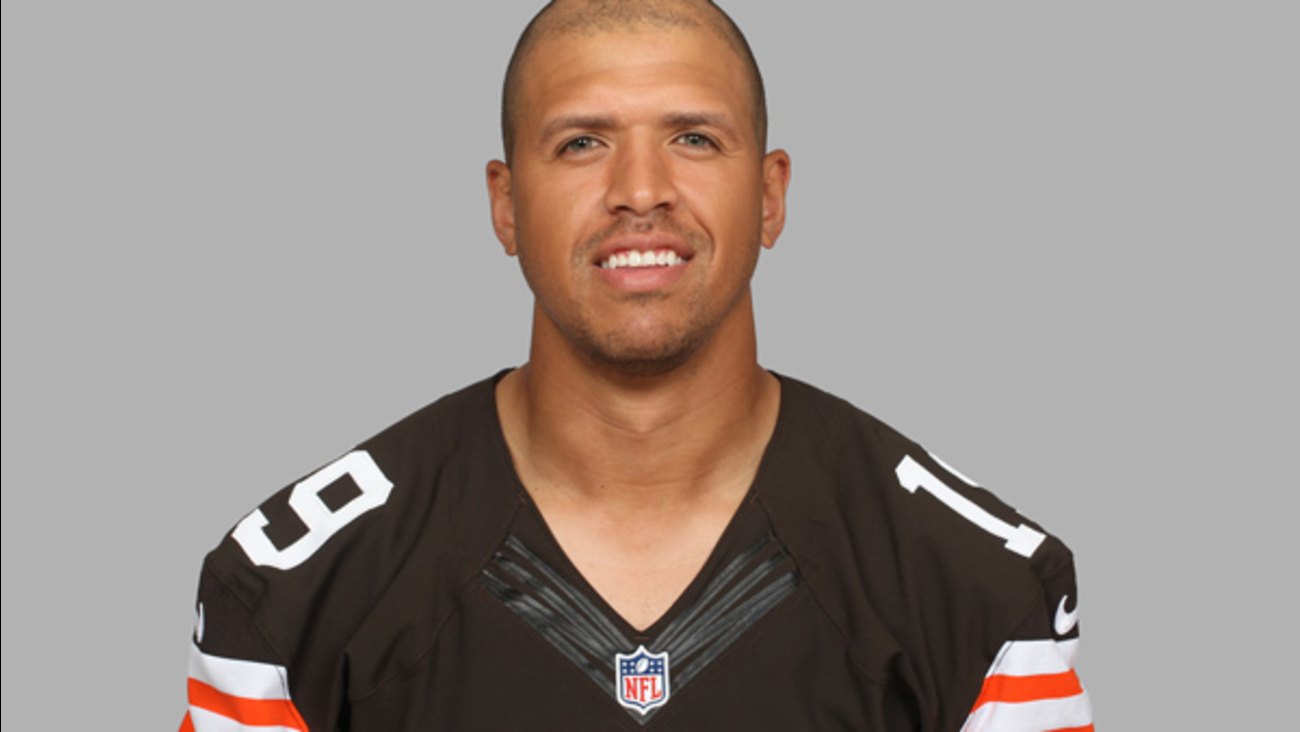 This is a 2014 photo of Miles Austin of the Cleveland Browns NFL football team.

PHILADELPHIA (WPVI) -- The Philadelphia Eagles said on Tuesday the team has signed wide receiver Miles Austin to a 1-year contract.

Austin was signed as a rookie free agent by the Dallas Cowboys in 2006, and played the 2014 season with the Cleveland Browns.

Austin was just the 15th undrafted player in league history to eclipse 1,000 receiving yards and the 12th with 10-or-more touchdowns in a season, the Eagles said.