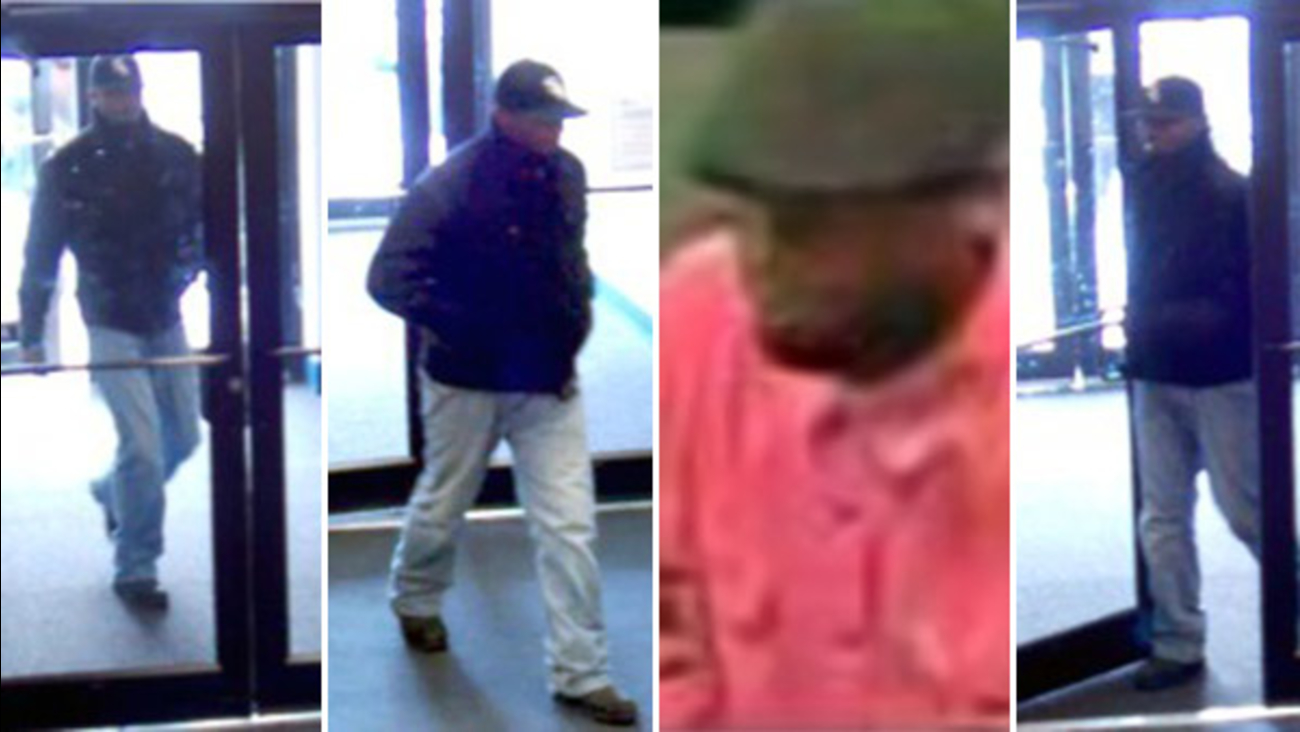 WPVI
PHILADELPHIA (WPVI) -- The FBI's Violent Crimes Task Force and the Philadelphia Police Department are seeking information leading to the identification of a serial bank robber.

The man is suspected of robbing the same location three times in a four-month span in 2013.

The robberies happened at the Police and Fire Federal Credit Union branch at 7604 City Avenue in the Overbrook Park section of the city.

He's presented threatening demand notes to tellers and gestured that he had a gun, though no weapon was displayed.

The last known robbery by this subject took place on October 31, 2013.

The other two took place on July 1 and July 29 of that year.

The subject is described as a black male in his mid-30s, approximately 6'-6'2" tall, medium build, medium to dark complexion.

He's worn a hat in each robbery.

This subject is considered armed and dangerous.

There is a $10,000 reward for information leading to this subject's capture.

Anyone with information about these robberies or this subject is urged to call the FBI at 215-418-4000 or the Philadelphia Police Department.