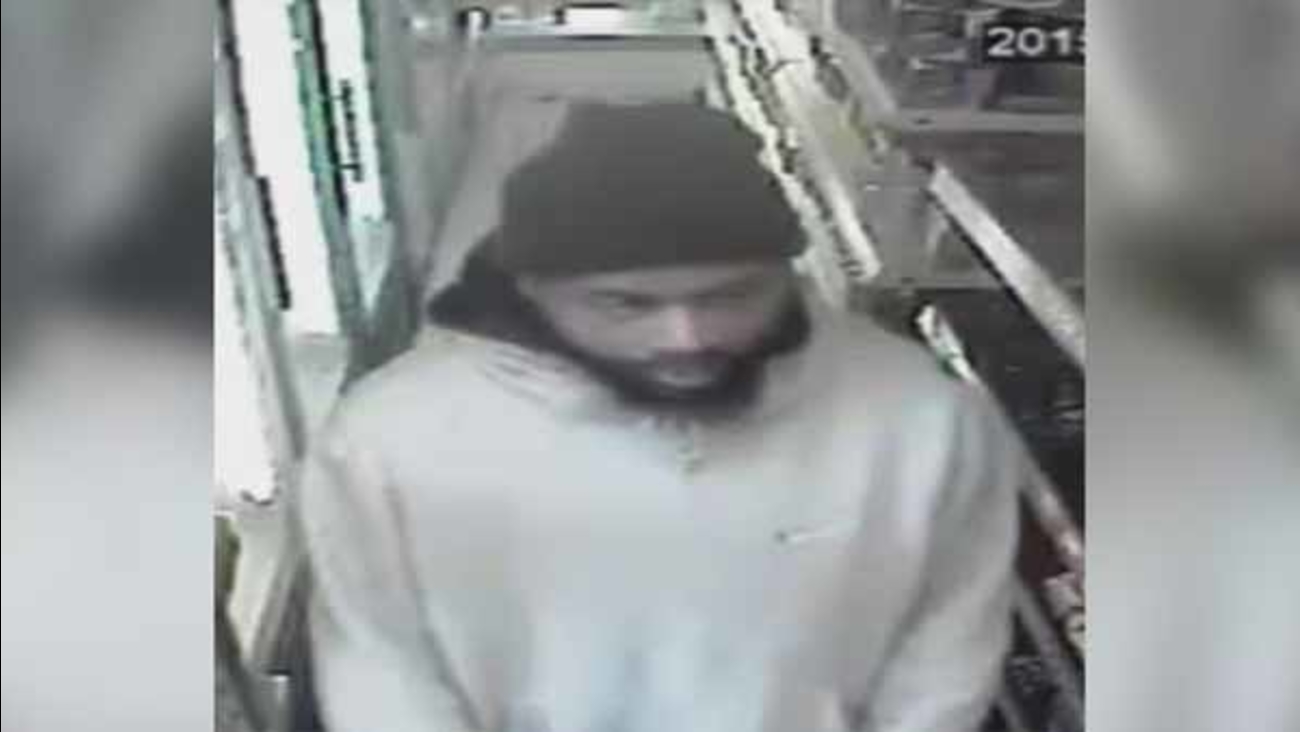 Police are on the hunt for a suspect wanted in connection with two robberies in North Philadelphia Monday morning.

NORTH PHILADELPHIA (WPVI) -- Police are on the hunt for a suspect wanted in connection with two robberies in North Philadelphia Monday morning.

The first robbery happened in the city's Germantown section at the Family Dollar Store on the 5200 block of Germantown Avenue.

The suspect can be seen on surveillance walking into the store around 9:30 a m.

He approached the counter and handed the clerk a demand note stating: "I have a gun, give me $70."

But the employee refused, handed back the note and pushed the robbery alarm.

The would-be robber then fled the store empty handed.

An hour later, the same man was spotted walking into the Papi Deli on the 5000 block of North 9th Street in the Olney neighborhood.

He handed the clerk a similar demand note.

This time he got away with $50 cash before fleeing the scene.

Police describe the suspect as a black male, 20 to 30 years-old, 5'8"-5'11" tall with a full beard, heavy build and brown complexion. He was wearing a gray hooded sweatshirt with a Nike logo, faded blue jeans, black wool hat and black/white sneakers.