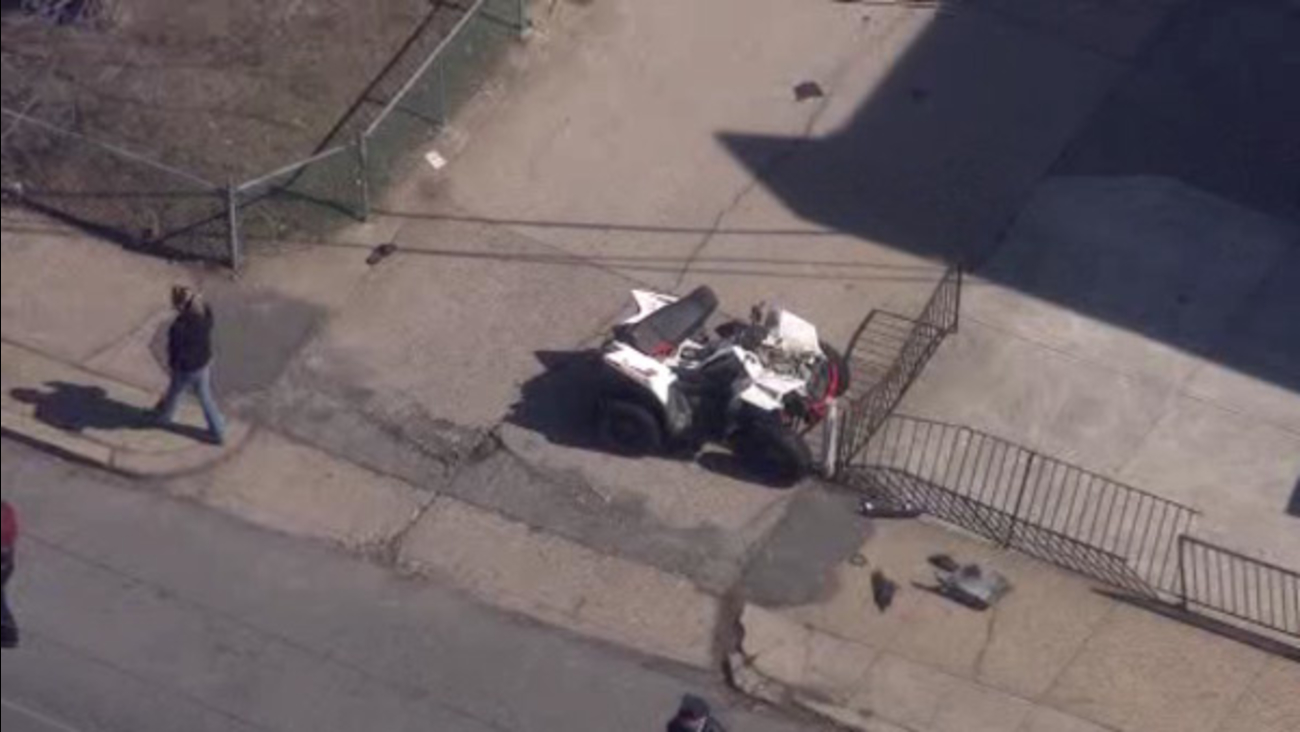 TACONY (WPVI) -- An ATV rider has died from injuries sustained in an accident in the Tacony section of Philadelphia.

The crash happened around 11:00 a.m. Thursday at the intersection of Magee Avenue and Walker Street.

Police say the 38-year-old man on the ATV tried to make a right turn when he lost control.

The ATV, which was traveling at a high rate of speed at the time, struck a fence.

The rider was thrown into the air and flipped several times - and the ATV landed on top of him.

He was transported to Aria Health Torresdale in critical condition but succumbed to his injuries shortly before 2:00 p.m.