Phillies get 7-5 win over Pirates 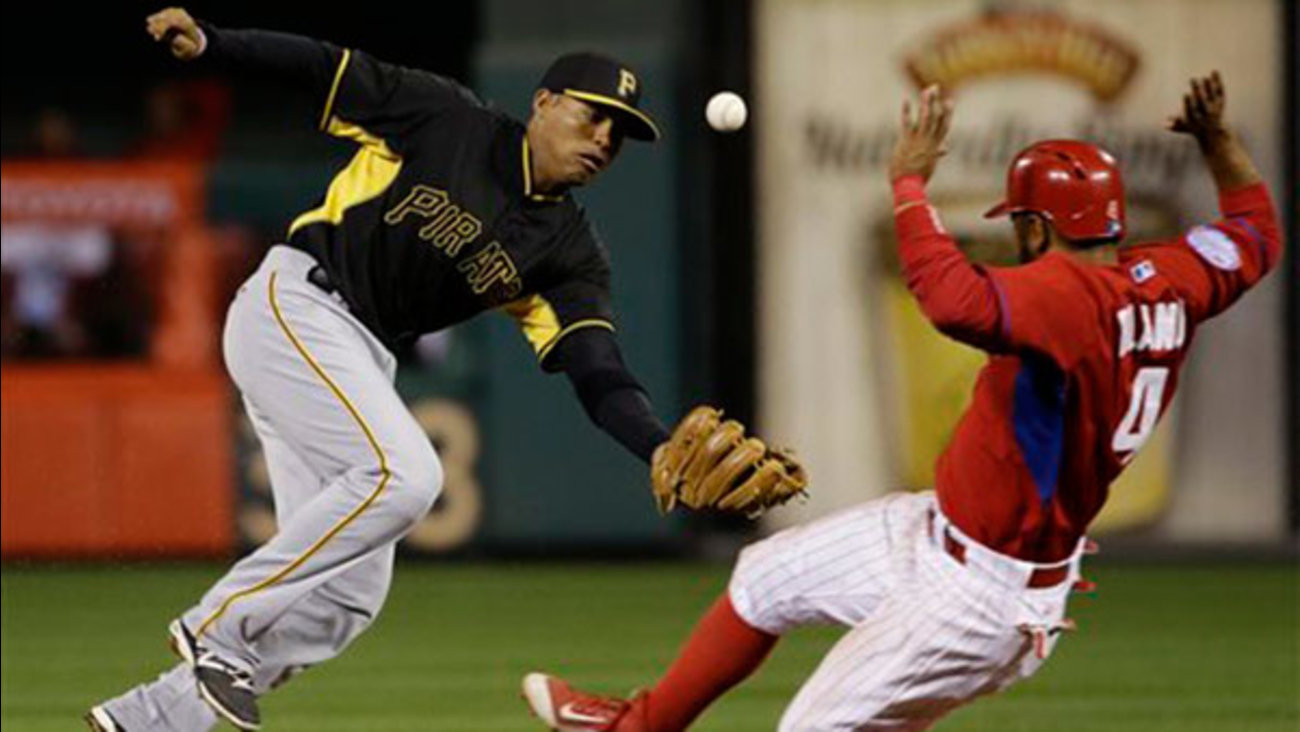 Ben Revere hit a two-run homer with two outs in the ninth inning to lift the Philadelphia Phillies over the Pittsburgh Pirates 7-5 on Friday night.

Cesar Hernandez led off the inning with a double against Angel Sanchez. Hernandez scored the tying run when catcher Tony Sanchez made a throwing error on Andres Blanco's sacrifice.

Two outs later, Revere hit a liner over the right-field fence. Players leaped from the dugout and mobbed Revere at home plate.

The teams are finishing their exhibition season with two games in Philadelphia before opening the regular season Monday. The Pirates start at Cincinnati. The Phillies host Boston.

Andrew McCutchen had three hits and an RBI, and Jordy Mercer hit a solo homer for the Pirates.