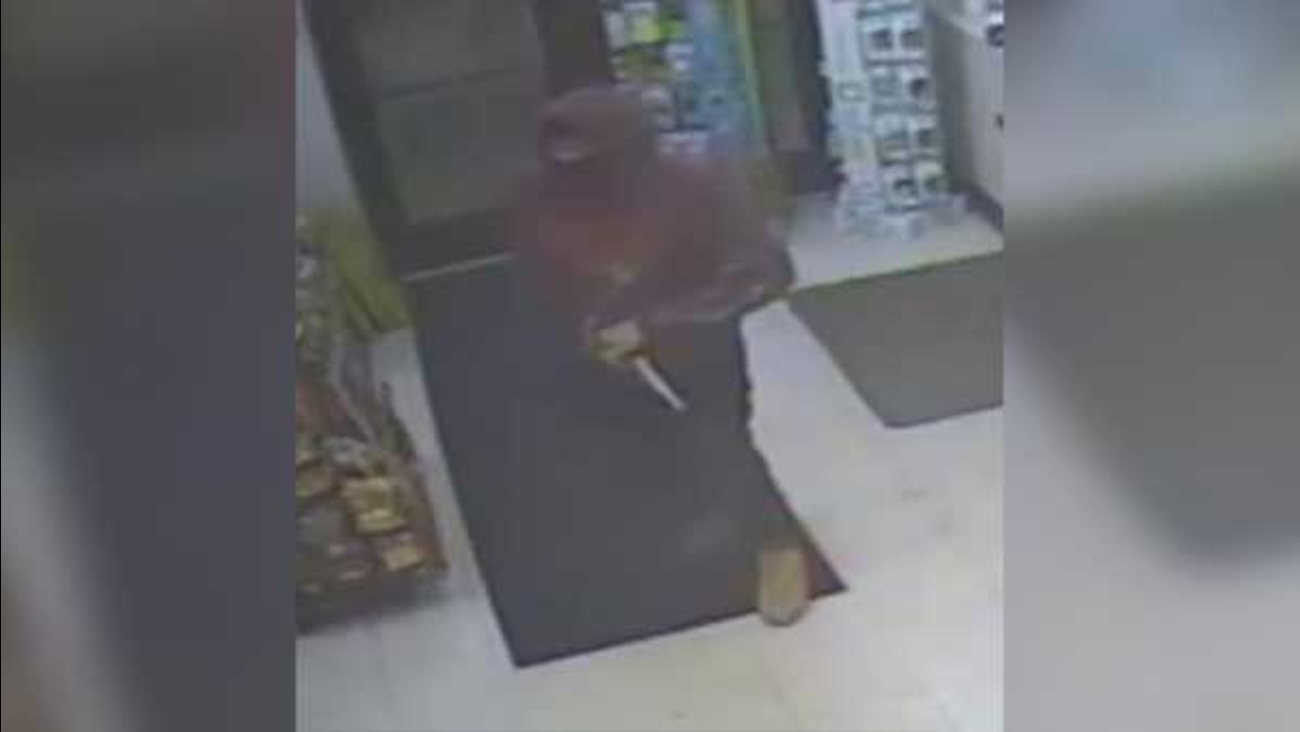 Philadelphia police are searching for two gunmen who robbed a gas station in the city's Fishtown section early Friday morning.

The incident happened at the Citgo Gas Station on the 1100 block fo East Susquehanna Avenue.

Two suspects were seen on surveillance walking into the gas station at 3:45 a.m.

One suspect pointed a handgun at the clerk and demanded cash.

The second suspect then followed the clerk behind the counter, but quickly turned around after noticing surveillance cameras.

The employee placed the entire register drawer on the counter while the pair stole money and cigarettes.

Both suspects then made their escape in an unknown direction.

Police describe the first suspect as a black male, 6'2" tall with a thin build. He was wearing a maroon Nike sweatshirt with possible white paint or bleach stains on the front, black pants, black half face mask, tan boots, and armed with a handgun.

The second suspect is described as a black male with a thin build. He was wearing a blue hooded sweatshirt, black leather style cap with a white emblem on the front, blue jeans, black sneakers, and a black ski mask.