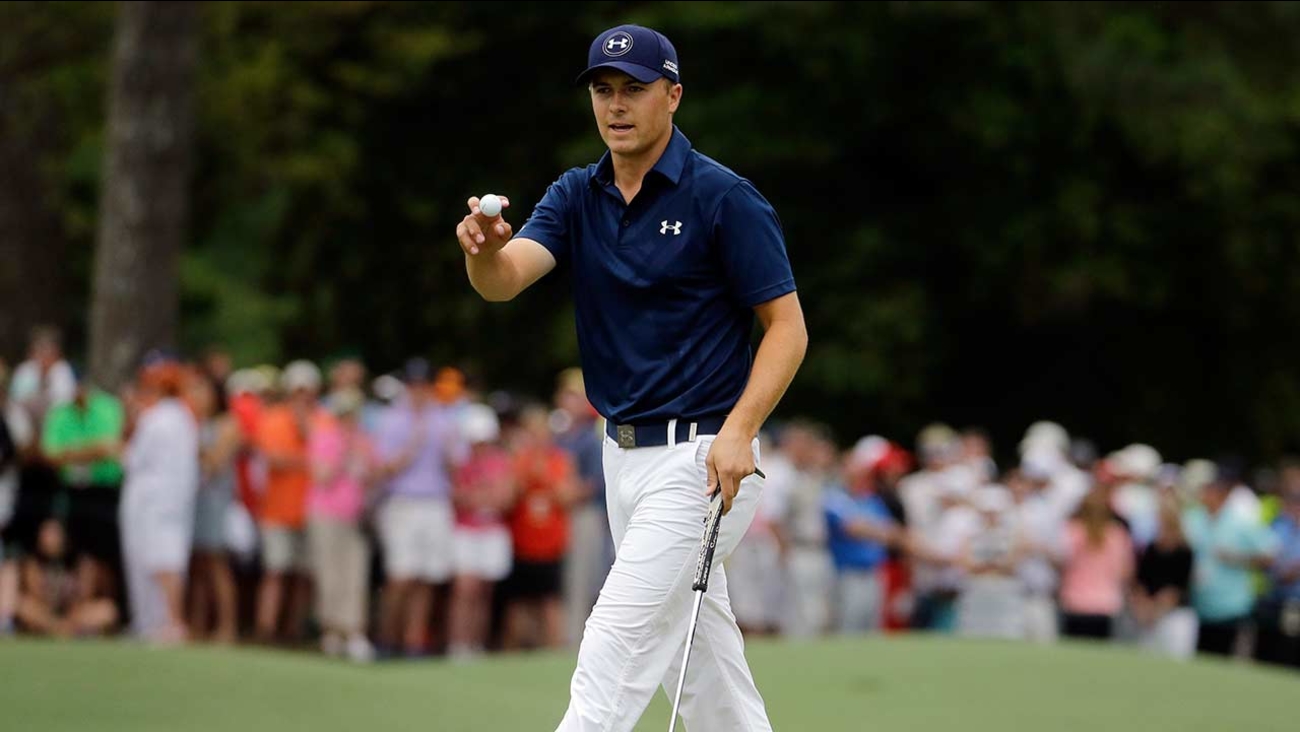 Jordan Spieth holds up his ball after a birdie on the eighth hole during the fourth round of the Masters golf tournament Sunday, April 12, 2015, in Augusta, Ga. (AP Photo/Darron Cummings))

Jordan Spieth romped to his first major championship with a record-tying performance at the Masters on Sunday, shooting an 18-under 270 to become the first wire-to-wire winner of the green jacket since 1976.

No one got closer than three shots of the lead all day. Spieth shot a 2-under 70 to hold off Justin Rose and Phil Mickelson.

Rose, the 2013 U.S. Open champion playing in the final group of the major for the first time, and Mickelson were four shots back.

No one else was closer than seven.

Spieth became the first Masters champion to lead after every round since Raymond Floyd 39 years ago, and only the fifth in the history of the tournament. And it was a bit of redemption after he played in the final group a year ago making his Augusta debut, building a two-shot lead but fading to a runner-up finish behind Bubba Watson.