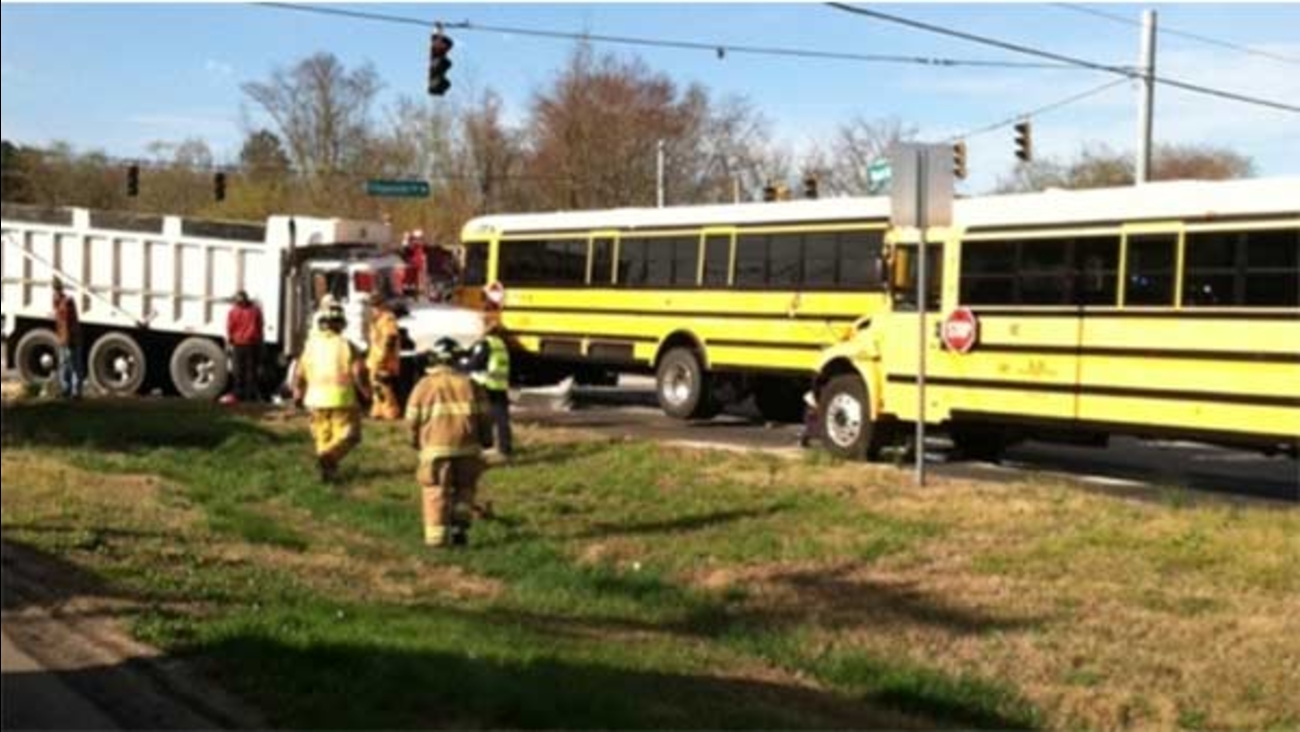 The crash happened around 7:35 a.m. Thursday along DuPont Boulevard (US-113) northbound near Johnson and Fitzgerald roads.

23-year-old Dillon Taylor was behind the wheel of a dump truck when police say he went through a red light and struck one school bus.

The dump truck then struck another school bus and the impact of that crash sent the second bus into a third school bus.

Taylor and the driver of one of the first school bus suffered non-life threatening injuries. They were both treated and released from an area hospital.

Only one of the buses had children on-board but no one else was injured.

Police say Taylor was cited for failure to stop.