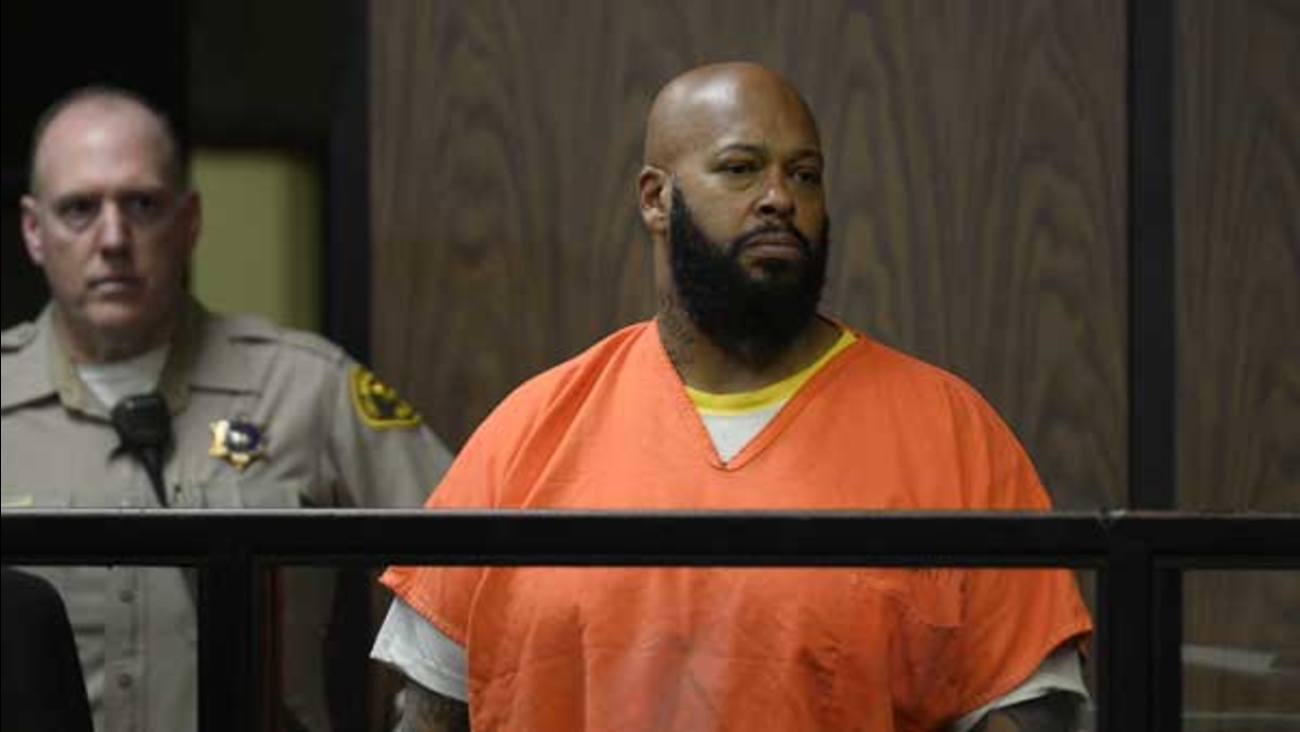 LOS ANGELES, Calif. -- On paper, the evidence in the murder case against Marion "Suge" Knight looks strong: Prosecutors have a surviving witness, video of the former rap music mogul running over two men and Knight's history of violence and intimidation.

But a hearing this week that ended with a judge ordering Knight to stand trial showed the difficulty prosecutors will face if they hope to convict the Death Row Records co-founder. The witness says he doesn't want to testify and be labeled a "snitch" and won't even identify Knight as the one who ran over him. The video is fuzzy and has elements that could help either side.

And Knight is not the only one involved with a shady past.

Cle "Bone" Sloan, the man who survived the crash, is a former gang member, and Knight has ties to the Mob Piru Bloods, a gang that helped him maintain a fearsome image during the heyday of Death Row Records. Experts say witness issues are common in prosecutions involving gang members.

Meanwhile, Knight's defense attorney used the video to show that several men with gang affiliations hired by Sloan for work on the film "Straight Outta Compton" were at the scene, when they should have been several blocks away preparing to shoot a promo video.

Sloan made clear that he is a reluctant witness. Such behavior is common in cases involving gang members, in large part because testimony can mean physical harm or death for someone seen as a snitch.

"That is the hallmark of a gang case," said Alan Jackson, a former Los Angeles prosecutor who has written guidelines used nationwide in gang prosecutions.

"Although it's a very daunting situation to be confronted with, it's one that can be overcome," Jackson said. "It's usually overcome by the prosecutor explaining to the jury through a gang expert what these rules of the street are."

Footage of Knight running over Sloan and Terry Carter, who died, could be used by both sides.

While the video shows Knight's truck barreling over Carter, it offers a limited view of the scene. Knight's attorney, Matt Fletcher, has contended that Sloan was carrying a gun - the video shows one of Sloan's associates taking something off him after he was hit.

A prosecutor implied at this week's hearing that it could have been a radio used by Sloan during the film shoot. Fletcher said Thursday that testimony ruled out that it was a radio, cellphone or wallet.

"We eliminated all the possibilities but the last remaining possibility, which is the gun," Fletcher said.

Stan Goldman, a criminal law professor at Loyola Law School in Los Angeles, said, "You never quite know what's going to happen with a video."

He noted that defense lawyers slowed down and painstakingly analyzed footage of Los Angeles police beating motorist Rodney King, successfully winning acquittal of the officers in a state criminal trial. Convictions against two of the officers were later obtained through a separate federal case.

Knight, 49, was a key player in the gangster rap scene that flourished in the 1990s, and his label once listed Dr. Dre, Tupac Shakur and Snoop Dogg among its artists. Knight lost control of the company after it was forced into bankruptcy.

He has prior felony convictions for armed robbery and assault with a gun. He pleaded no contest in 1995 and was sentenced to five years' probation for assaulting two rap entertainers at a Hollywood recording studio in 1992.

For his part in perhaps the most infamous violence associated with rap music in the 1990s, Knight was sentenced to prison in February 1997 for violating terms of that probation by taking part in a fight at a Las Vegas hotel hours before Shakur was fatally wounded in a drive-by attack as he rode in Knight's near the Strip. Shakur's slaying remains unsolved.

Fletcher has repeatedly said that his client's life was in danger when he was attacked by Sloan.

"There's no intent to kill," Fletcher said, arguing to dismiss the case. "There's an intent to survive."

Knight's fiancee also provided a preview of a self-defense claim that may be raised.

"He heard them verbally saying that they were going to shoot him," Toi Kelly said of Knight. "And not to shoot him in the truck, to pull him out of the vehicle and shoot him."