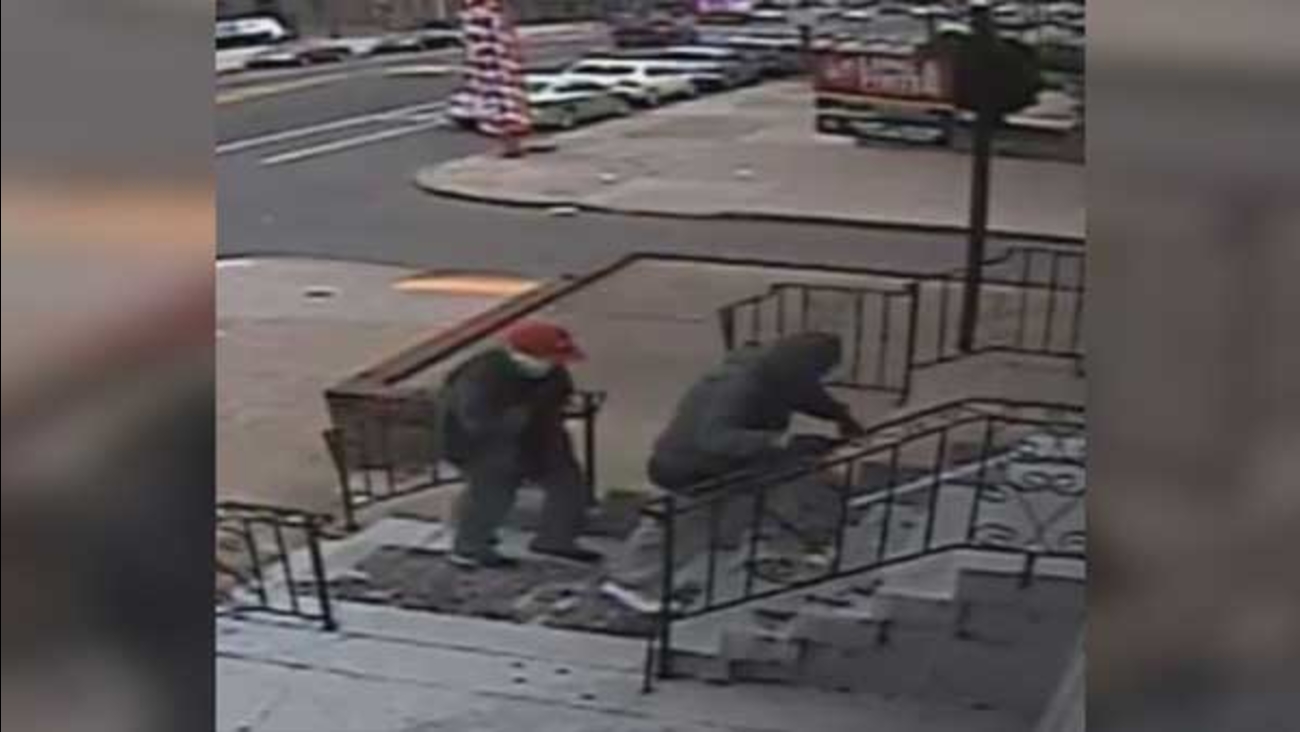 Philadelphia police are searching for two masked men who robbed a medical office at gunpoint in the city's Port Richmond section.

It happened back on April 7 just after 2 p.m. inside the office located on the 2200 block of East Allegheny Avenue.

Police say the two suspects walked into the office with masks covering their faces and pointed a handgun at two employees inside.

They demanded money and then fled in an unknown direction.

During their investigation, police determined that the pair used a BB gun to commit the crime after the slide of the gun fell off during the robbery.

The first suspect is described as a white male, 30-years-old, 6'2" tall, 185 lbs. with a mustache and beard. He was wearing a black mask, medium blue jacket, light gray sweatpants, and armed with a handgun.

The second suspect is described as a white male, 5'8"-5'9" tall with a thin build. He was wearing a dark colored coat, red baseball hat, with a bandana over his face.