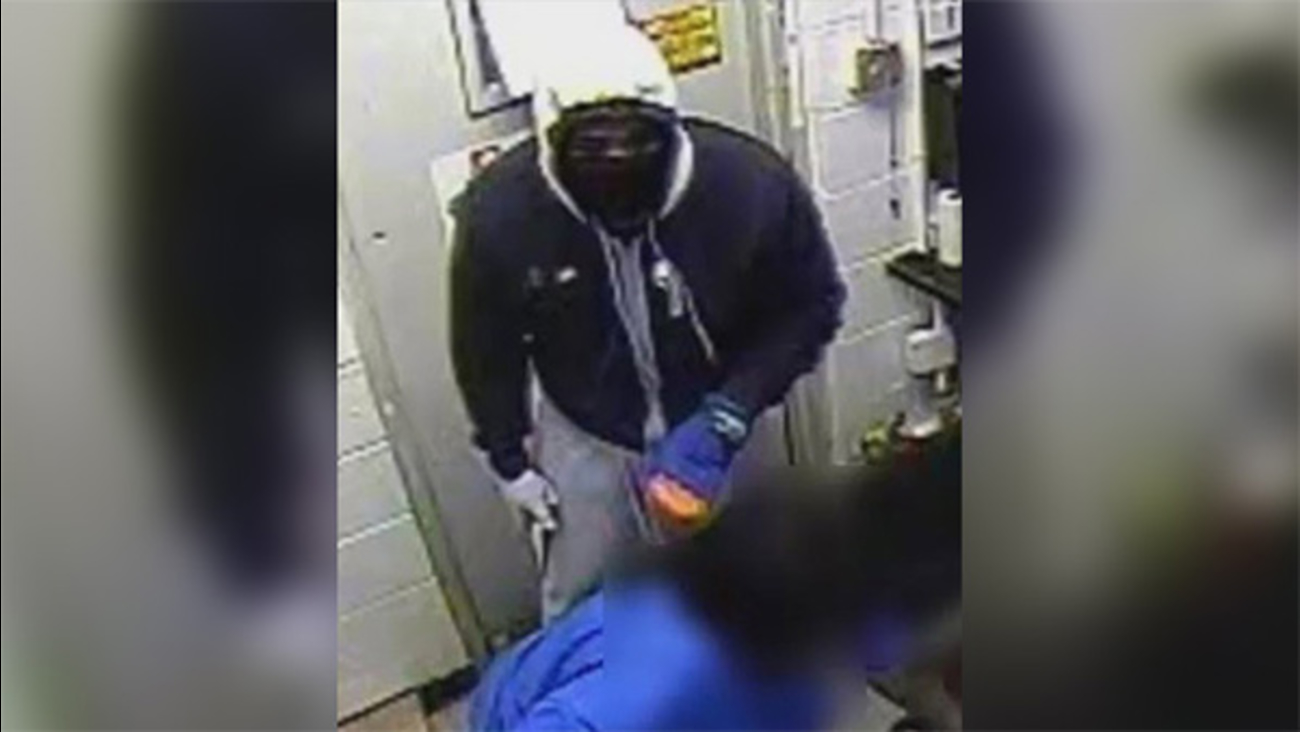 SOUTHWEST PHILADELPHIA (WPVI) -- Police are looking for an armed robber who held up a Speedway Gas Station at gunpoint in Southwest Philadelphia.

Surveillance video released by police on Wednesday shows the suspect breaking into the gas station through the back door, armed with a handgun. Once inside, he pointed the gun at a 52-year-old employee and demanded money.

The suspect took an undetermined amount of money and cigarettes, then ran out of the store.

Police say they're looking for a black male with a light complexion, between 20 and 30-years-old. He's described as 5'10" with a medium build. He was last seen wearing a blue jacket with a gray hood, and gray sweatpants with a blue stripe down the sides.

If you have any information about this robbery, you're asked to call Philadelphia Police at 215-686-TIPS (8477). You can also contact police online using this form.