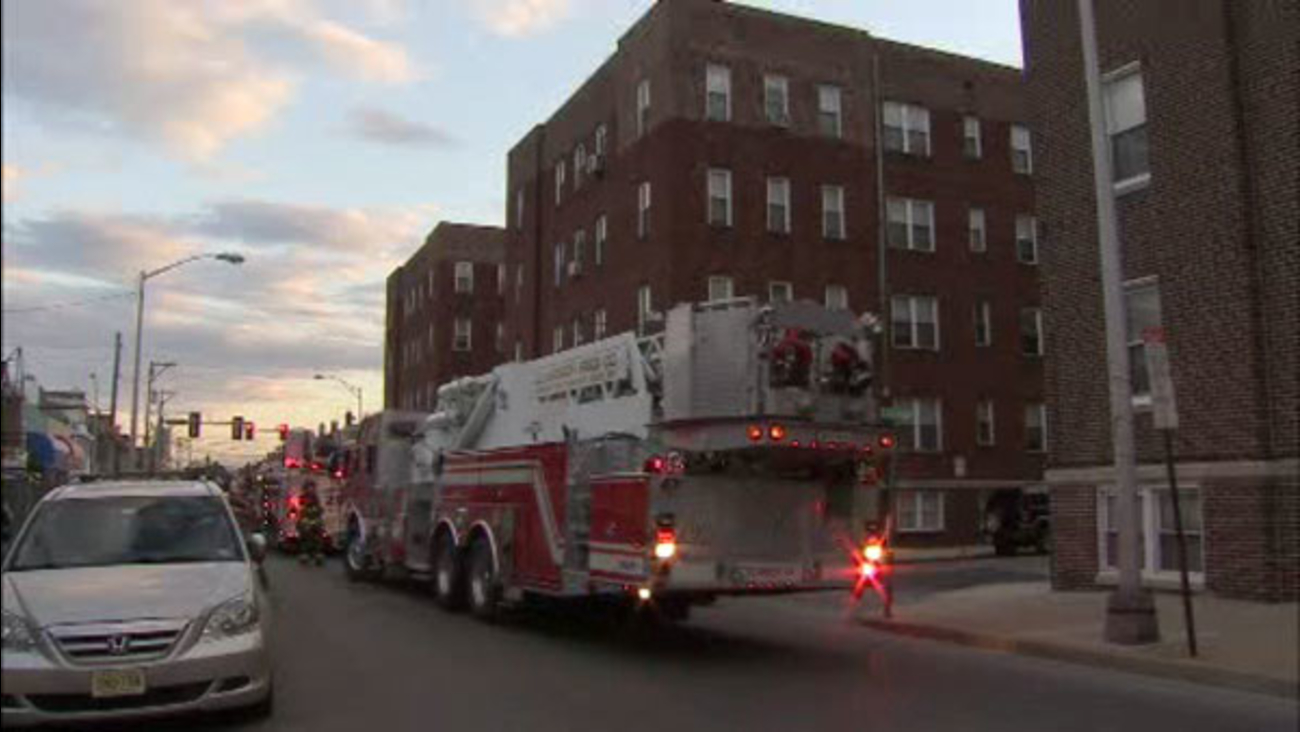 UPPER DARBY, Pa. (WPVI) -- Residents were forced out of an apartment building in Delaware County.

Fire officials tell Action News that a fire broke out on the 100 block of Long Lane in Upper Darby Sunday evening.

Crews were called to the scene just before 7 p.m.

When fire crews arrived they discovered that there was a fire in a stairwell and called extra companies to search the building.

The Action Cam was on the scene as firefighters guided dozens of residents out of the building as the smoke began to spread.

The fire was eventually brought under control.

Fortunately, no one was injured.

Fire investigators are still working to find out what started the blaze.