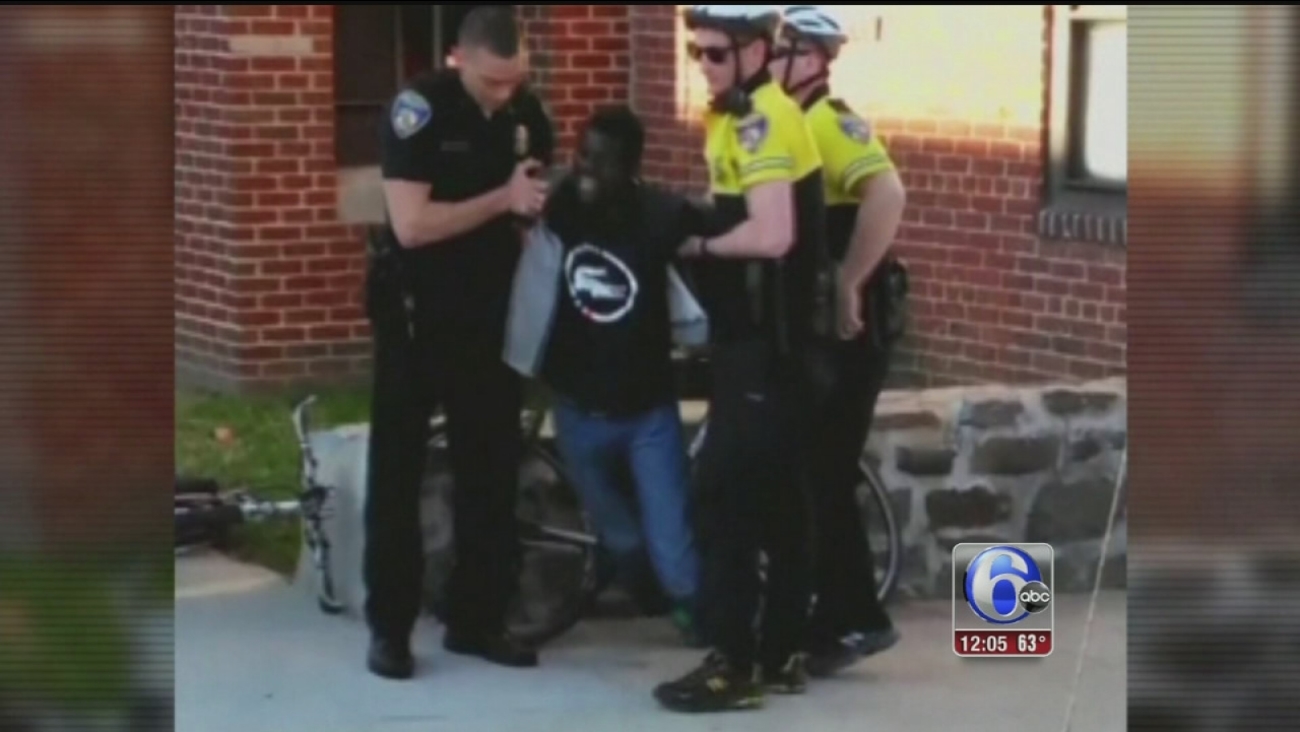 Baltimore city leaders are hoping the calm remains through tomorrow when a report on what happened to Gray is expected to be released. (WPVI)

BALTIMORE, Md. -- The refusal of authorities to provide more than a few sketchy details about the Freddie Gray investigation may be legally appropriate, but many people in Baltimore were finding it hard to be patient Thursday when police revealed nothing about the internal investigation they turned over to the state's attorney's office.

Nearly two weeks after Gray's death, the public still doesn't know much more than it did on Day One. The central question - what caused his fatal spinal cord injury - remains a mystery.

"The transparency is just not there," the Rev. Cortly "C.D." Witherspoon said after Police Commissioner Anthony Batts refused to answer any questions Thursday.

Batts said his department's report was delivered a day ahead of time to State's Attorney Marilyn Mosby, and that from now on, any questions should go to her.

Mosby also declined to talk, issuing a statement Thursday asking "for the public to remain patient and peaceful and to trust the process of the justice system."

With rumors flying about how Gray's spine was "80 percent severed," as his family's lawyer Billy Murphy put it, police did release a new piece of information Thursday, but it served mostly to raise more questions about how truthful the six suspended officers have been with investigators.

Deputy Commissioner Kevin Davis said investigators discovered a security camera recording showing that the police van carrying Gray had made a previously undisclosed, second stop, after the 25-year-old black man was put in leg irons and before the van driver called for help to check on his condition. The van then made a fourth stop, to pick up another passenger, before Gray arrived at the police station with the fatal spinal-cord injury that left him unresponsive.

The Associated Press talked later Thursday with grocery store owner Jung Hyun Hwang, who said officers came in last week to make a copy. Speaking in Korean, he said the only other copy had been stolen, along with his video equipment, when looters destroyed his store Monday night. He told the AP that he didn't see what the recording showed.

Police had said Gray was obviously injured and asking for medical help when he was hoisted into the van on April 12, and unresponsive on arrival at the station. He died in a hospital after a week in a coma.

Then, last week, Batts said the additional passenger who was picked up along the way had told investigators the driver did not speed, make sudden stops or "drive erratically" during the trip, and that Gray was "was still moving around, that he was kicking and making noises" up until the van arrived at the police station.

Beyond the slim chronology, authorities have refused to discuss evidence, such as the details of his handling to statements from any of the six suspended officers. Their names are known only because the AP and other news organizations filed public records requests for the documents police filed seeking to have Gray charged with carrying a switchblade.

"I understand there are questions people want to have answered, but unfortunately, we can't release any more about it," Capt. J. Eric Kowalczyk said.

Bruce Goldfarb, a spokesman for the Maryland State Medical Examiner's Office, told the AP Thursday that the office has completed Gray's autopsy, but the forensic investigation is still in process and no conclusions have been sent to police or prosecutors. When the report is complete, Goldfarb said, a copy will be sent to the Baltimore State's Attorney's Office.

"The autopsy has been done, it only takes about two and a half hours," Goldfarb said. "The autopsy is only one part of the forensic investigation. The whole point is to determine cause and manner of death, and there are lab tests and lots of other things that have to be done."

Legal experts and the Gray family lawyers say secrecy is appropriate at this point in the probe, when it's still possible that some witnesses haven't been questioned, or even found.

"By releasing too many details, you run the risk that witnesses' testimony will change to mirror the details you have released," said David S. Weinstein, a former federal prosecutor now in private practice in Miami. He said investigators must verify or corroborate much of the information they receive, and meanwhile the public could be misled that the probe is leading to a particular outcome.

Investigators also face challenges with police that are different from killings by civilians. There's the question of whether an officer acted "reasonably" considering the circumstances - a common defense in use-of-force cases. And investigators can't simply force officers to give statements or lose their jobs, because that would mean their testimony is coerced, and therefore wouldn't hold up in court, Weinstein said.

"If they are compelled to give a statement as a condition of their employment, you cannot then use those statements against them in a criminal proceeding," he said. "This is where the decision to grant immunity comes into play."

The Gray family's lawyers sought to dispel the idea that the police report would be made public at this point.

"This family wants justice, and they want justice that comes at the right time and not too soon," attorney Hassan Murphy said Wednesday.

People are right to demand transparency, but the appropriate time for disclosure is either during a trial, if charges are filed, or when prosecutors announce no indictments, said Steve Levin, a former federal prosecutor in Baltimore who now works as a defense attorney.

The voracious 24-hour news cycle is another factor, especially so when civil unrest and violence are involved. Saturating the public with information prior to filing criminal charges also can make it extremely difficult to seat an impartial jury later, said Robert Jarvis, a law professor at Nova Southeastern University.

"It makes it appear that they are not doing anything, which leads to unfounded criticism and can rush law enforcement into ill-considered action," Jarvis said.

Meanwhile, protests over Gray's death are spreading and continuing. Crowds gathered Thursday in Philadelphia and Baltimore. Other protests led to arrests in New York and elsewhere.