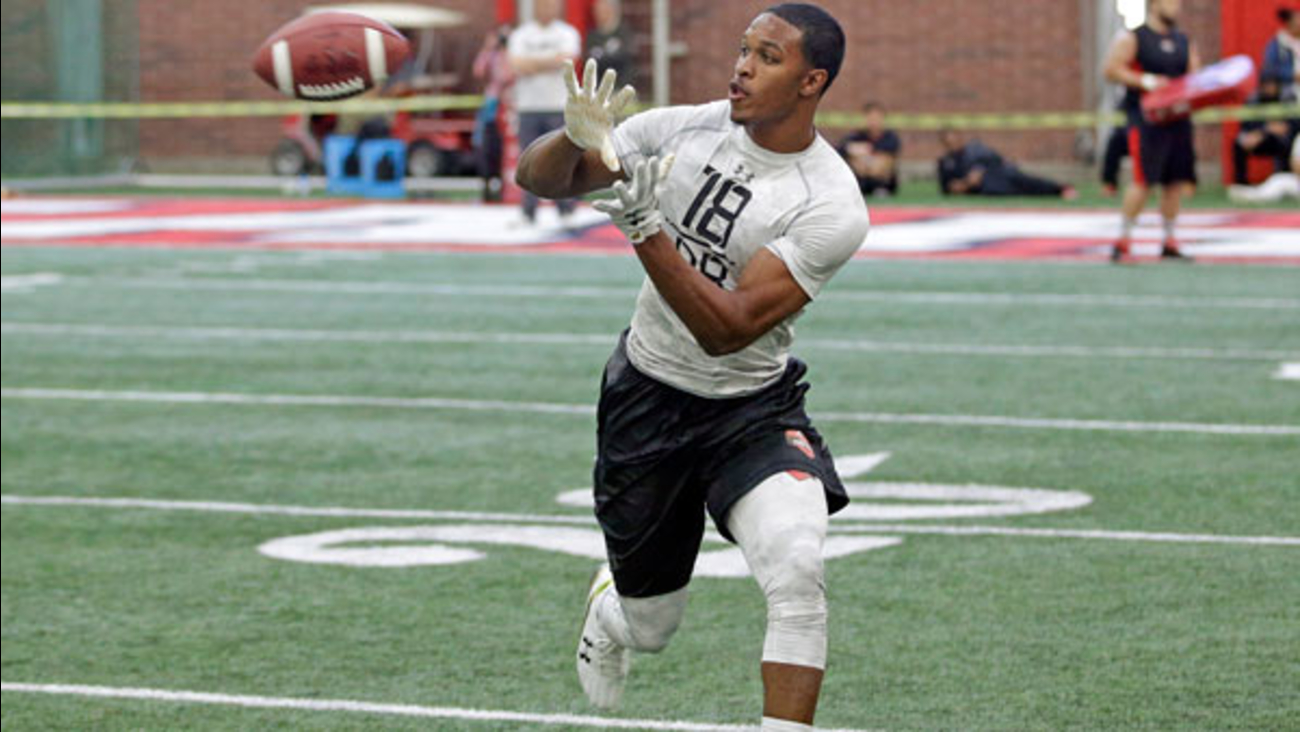 PHILADELPHIA -- Chip Kelly made a trade to get the guy he wanted the second time around.

The Philadelphia Eagles traded up five spots to select Utah defensive back Eric Rowe in the second round of the NFL draft on Friday night.

"We felt he was the guy we wanted all along," Kelly said. "I wouldn't have been surprised if he went early. Him and Byron Jones were the two guys we had targeted."

The Eagles stuck with defense in the third round, selecting Texas linebacker Jordan Hicks with the 84th overall pick. The 6-foot-1, 236-pound Hicks led the Longhorns with 147 tackles last year.

"He has a great skill set, he's a three-down linebacker, he can cover and he's an outstanding special-teams player," Kelly said.

Rowe was a three-year starter at safety before moving to cornerback his senior season. The 6-foot-1, 205-pound Rowe bolsters a revamped secondary that includes free-agent additions Byron Maxwell and Walter Thurmond.

"We're looking for safeties that can cover," Kelly said. "He can play corner. We'll figure out where he fits. He may start out at corner."

Rowe had 261 tackles, three interceptions and 34 pass breakups at Utah. His size, length and toughness are considered strengths. His lack of speed and strength are considered weaknesses.

The Eagles were the last team Rowe visited. He knew right away he wanted to stay.

"It was the culture," Rowe said. "They're doing things a different way and it took my interest and I was like, 'Man, I want to join the coach of this team.' I'm glad it was them because I wanted to go there so bad."

Rowe said he prefers playing cornerback over safety, but added he's comfortable at either spot.

"I'm a physical, press man," Rowe said. "I'm a competitor. I love to hit, love to come on the blitz and tackle."

Hicks played just four games in 2013 before tearing an Achilles tendon. He was projected to go in the fourth or fifth round by many draft experts.

Hicks gives the Eagles depth at a position where DeMeco Ryans and Kiko Alonso are coming off major injuries. Ryans missed eight games after tearing an Achilles tendon. Alonso sat out 2014 with Buffalo because of a torn ACL.

"You want competition at positions," Kelly said. "We knew we had to shore up the linebacker spot."

Hicks was suspended for the 2012 Alamo Bowl for a curfew violation, though he couldn't play in the game because of a hip injury.

"We understand what happened and we're very comfortable with him," Kelly said.