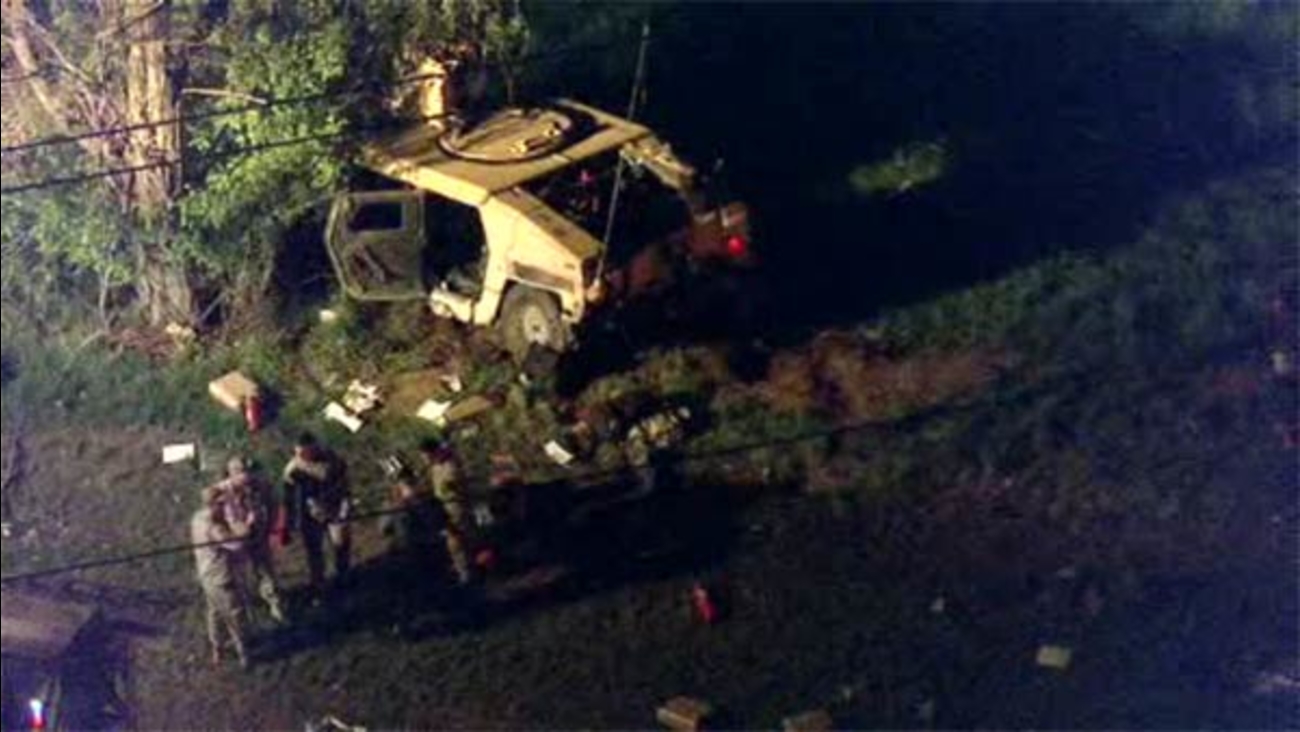 WPVI
CHESTERFIELD TWP., N.J. (WPVI) -- Four soldiers and two civilians were taken to the hospital after a Military Humvee and Nissan crashed on the New Jersey Turnpike late Friday night.

The crash happened just before 11:30 p.m. in the southbound lanes near exit 7A in Chesterfield Township, New Jersey.

Police say the Humvee and a Nissan collided and the impact sent the Humvee barreling into a tree.

The Nissan was changing lanes when it clipped the corner of the Humvee, causing it to overturn.

There were four military personnel in the Humvee and two civilians in the Nissan.

The 35-year-old driver of the Humvee was ejected. He is a member of the military from Fort Drum, New York.

He was flown in critical condition to the hospital.

The driver in the Nissan was a 43-year-old man from Hackensack, New Jersey.

All the victims were taken to Capital Health in Trenton.

Police say the Humvee was the final vehicle in a military convoy.