7 people, including at least 3 children, hurt in Frankford house fire 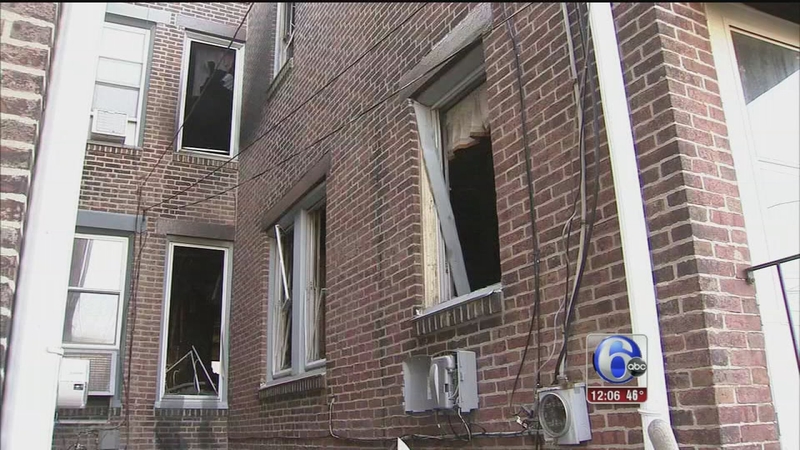 VIDEO: 7 people, including at least 3 children, hurt in Frankford fire

FRANKFORD (WPVI) -- Seven people, including at least three children, are being treated for smoke inhalation after a fire in the Frankford section of Philadelphia.

Firefighters are on the scene of a house blaze in Philadelphia's Frankford section.

Crews arrived to find flames coming from the first floor of a home. The fire quickly spread to at least four homes.

Seven people in the home made it out safely, including one who jumped from a second floor window.

All seven were taken to Temple University Episcopal Hospital in stable condition.

Jamar Franklin managed to escape his home when he heard his next door neighbor screaming for someone to help her four and seven-year-old daughters.

Franklin did not hesitate. His elderly mother and a group of neighbors on this close knit street all rallied together in the background as the fire raged.

Another neighbor, Tyrone Gipson said, "It was nothing but flames...I saw it spreading under the porches going to the adjacent homes."

Multiple families escaped and ran to safety. A family member of the victims, Hakim says, he is grateful neighbors helped his nieces to safety. Both were taken to the hospital along with their mom and his 56-year-old father. All are expected to be okay.

Crews quickly got the fire under control. Smoke detectors installed by city firefighters in 2012 are credited with waking the family and saving lives.

The fire marshal is still investigating an official cause.

Many of the neighbors say they will be displaced for some time.