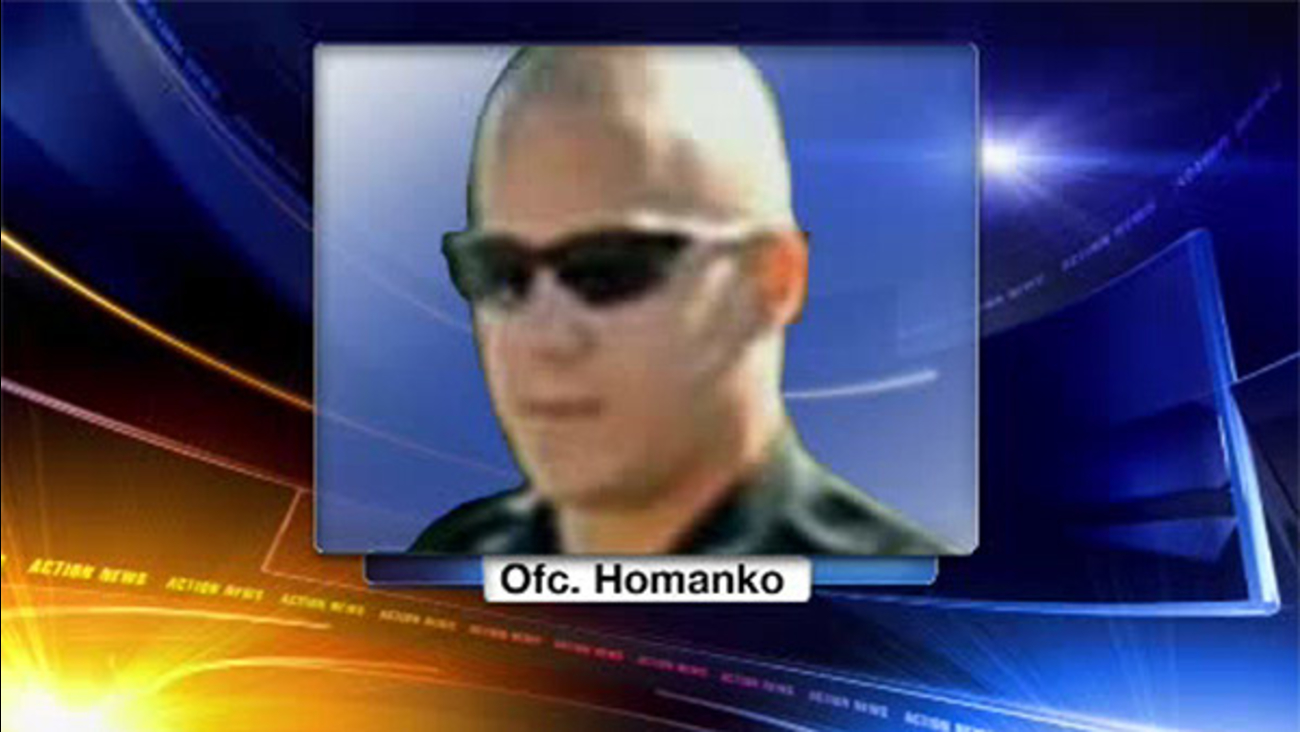 WPVI
NESQUEHONING, Pa. -- A northeastern Pennsylvania police officer was charged Wednesday with homicide by vehicle and involuntary manslaughter for an on-duty crash a year ago during which investigators say he reached speeds of more than 110 mph.

Investigators said Homanko, 26, of Beaver Meadows, lost control of his marked police cruiser while pursuing another driver for illegal passing.

The police affidavit quotes witnesses who say they saw Homanko driving at high speeds right before the crash.

Homanko "indicated that he believed he never exceeded 70 mph and that his lights and sirens were activated while he was following this vehicle," the affidavit said. He told investigators he spun out on a curve before the back of his cruiser struck the front of the Sauers' vehicle.

The speed limit is 55 mph in the area of the crash.

The police affidavit also said the mobile video recorder in Homanko's vehicle shows him starting to chase the car at 6:21 p.m. that day, but it "abruptly stops" 16 seconds later. Investigators said Homanko said he did not turn it off, but agreed the recorder was designed to record once emergency lights are turned on.

Michael Sauers was hospitalized for about a month and endured several surgeries, police said. Homanko was briefly treated at a hospital the evening of the crash.

Homanko is also charged with aggravated assault by vehicle, reckless endangerment, reckless driving and other offenses. He was released after arraignment Wednesday on $100,000 unsecured bail.

His lawyer, Paul Levy, said Homanko is on leave from the department, but the lawyer would not comment on the allegations. A phone message left for the police department was not immediately returned.