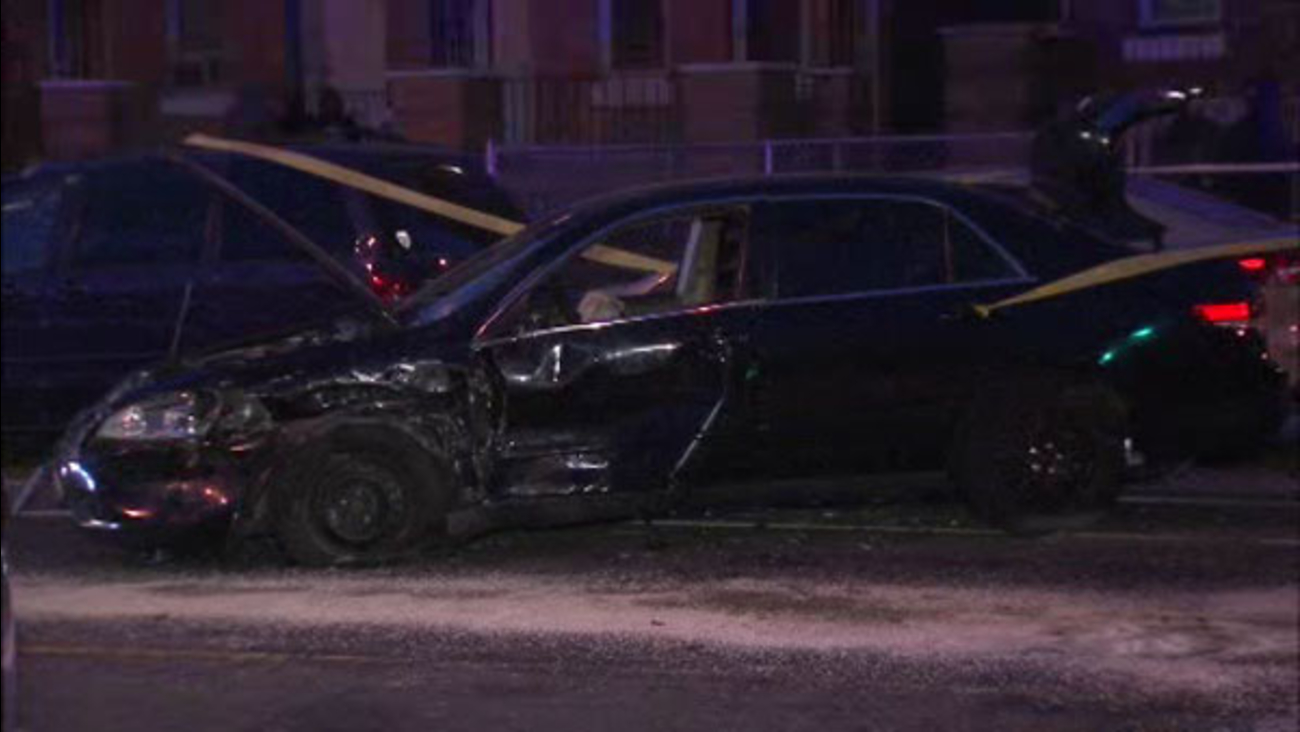 NORTH PHILADELPHIA (WPVI) -- A man suspected of drinking and driving was taken into custody after slamming into several cars in North Philadelphia.

It happened around 8:00 p.m. Wednesday at the intersection of 13th Street and Allegheny Avenue.

The block looked like a demolition derby after the man crashed into two cars.

A parked car was also damaged.

Police handcuffed the driver and carted him off for testing.

They believe he was driving under the influence.

Police say no one was seriously injured.