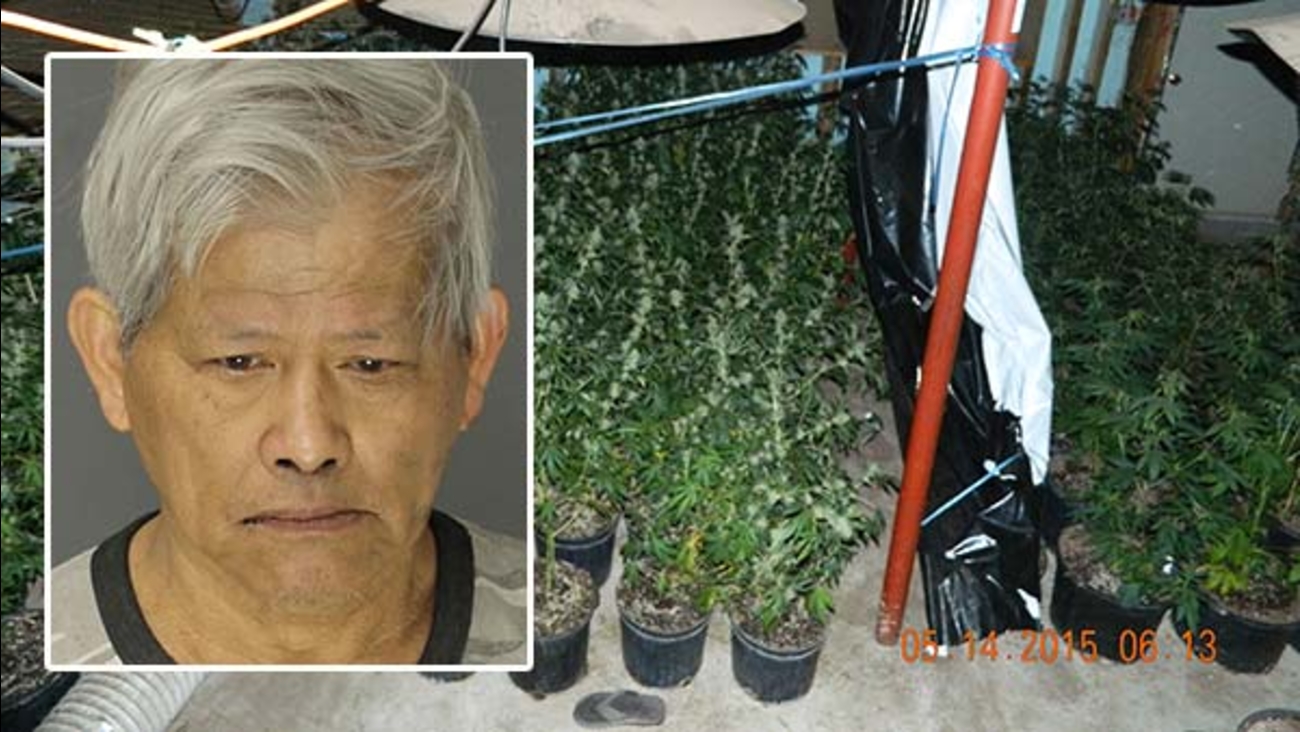 DOUGLASSVILLE, Pa. (WPVI) -- Police in Berks County have charged a 70-year-old man in connection with a marijuana grow operation inside a Douglassville home.

On Wednesday emergency crews responded to a home on Lehman Street for the report of a fire.

Officers arrived at the scene and spoke to the 9-1-1 caller, who told them that they knocked on the door of the house that was on fire to warn the occupant of the blaze. However, they say the man that answered the door quickly closed the door.

A short time later officers observed smoke emanating from the roof of the residence. It was at this point that officers and firefighters forcibly entered the home.

Once inside, officers made contact with 70-year-old Giau Van Doan coming from the basement of the residence.

Fire crews extinguished the fire in the basement near the homes electric panel.

It was then that authorities say they noticed a large scale marijuana growing operation, with hundreds of suspected marijuana plants, electric ballasts, high intensity light bulbs and fixtures, exhaust system, and numerous bags of packaged marijuana.

Officers also observed that the home's electric panel appeared to have been tampered with.

Giau Van Doan was arrested and taken into custody.

A search warrant was then issued on the residence, during which authorities seized over 500 marijuana plants, fifteen clear plastic zip-lock baggies each containing one pound of high grade marijuana, $5,000 in cash, and numerous items of paraphernalia associated to the manufacturing of marijuana.